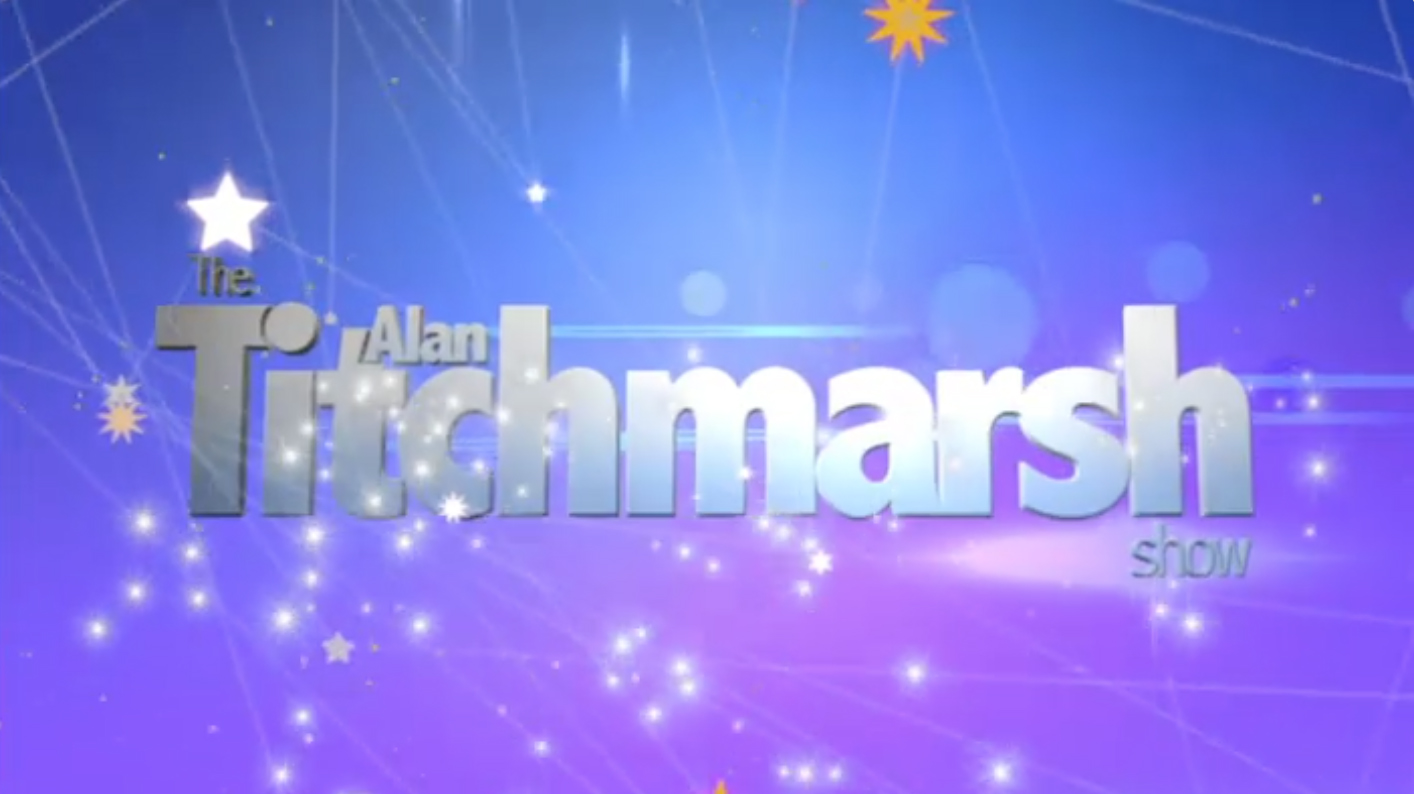 WARNING!! The following post contains references and scenes of a self-indulgent nature some readers may find disturbing.

For those of you* who missed our expertly executed slot on the Alan Titchmarsh show the arse end of last year, here follows a photo story of that televisual feast.

Our appearance came from a phone call received from Alan’s production company, of which Nick initially took as some kind of elaborate phone prank from one of our stupid pals. They were after ‘cider experts’ to appear on a homebrew slot on the show, and had unwittingly stumbled upon our site and thought that getting us on the program would be a good idea.
We accepted their generous (if naive) offer so the following day saw us hurtling** to London, all wide-eyed and giddy with fear.

Admittedly, our arrival at Paddington did nothing for the stereotypical image of West Country dwellers as we had to wrestle our Vigo cider press (Alan had requested it’s presence) through the crowded concourse like a pair of idiot country cousins.
The taxi driver didn’t seem too keen on it being manhandled into the back of his cab either, but he dutifully shipped us and ‘Alan’ (the newly christened name for our press, it’s previous moniker being deemed too obscene) to the ITV studios to begin our TV ‘day of fun’.

We’ve only now plucked up enough courage to watch the footage back (albeit under the anodyne, alcoholic fuzz that only cider can provide), so what follows is a a set of frantic, cathartic grabs we’ve taken to visually describe our ‘Big Day of Alan’. 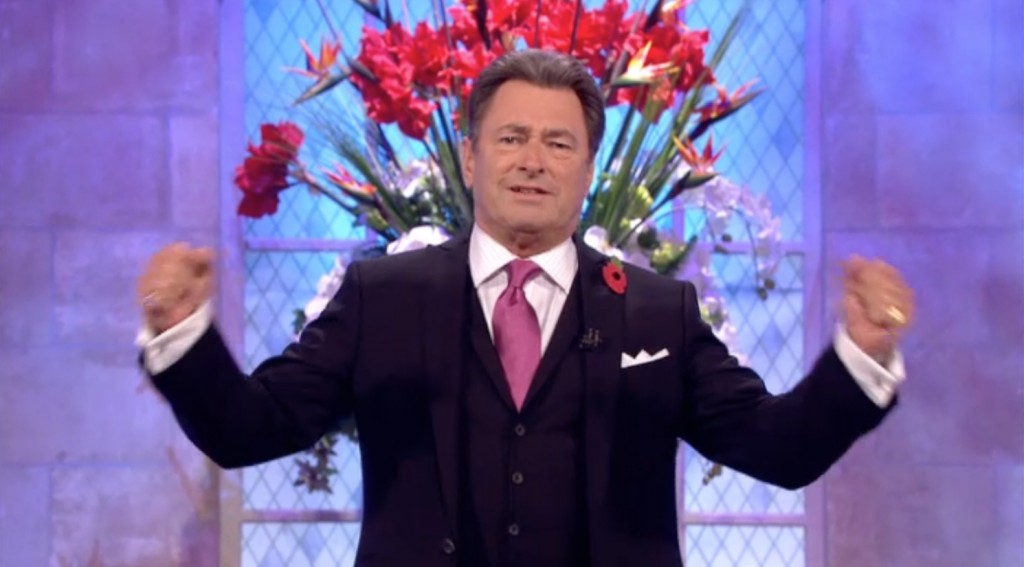 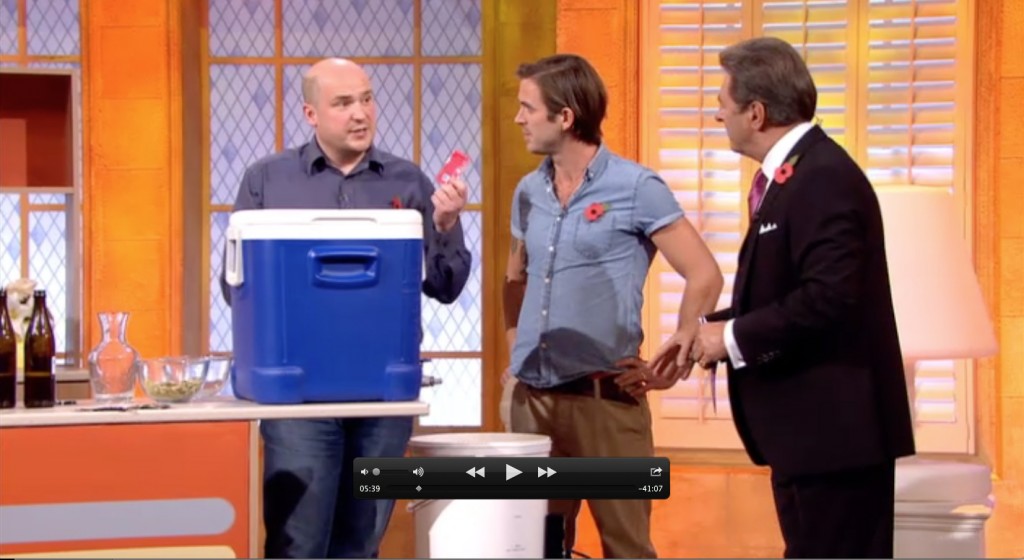 The home-brew segment kicks off the show. First up, Andy Parker who talks knowledgeably about beers. Alan laughs. Audience laughs. Everyone is impressed. 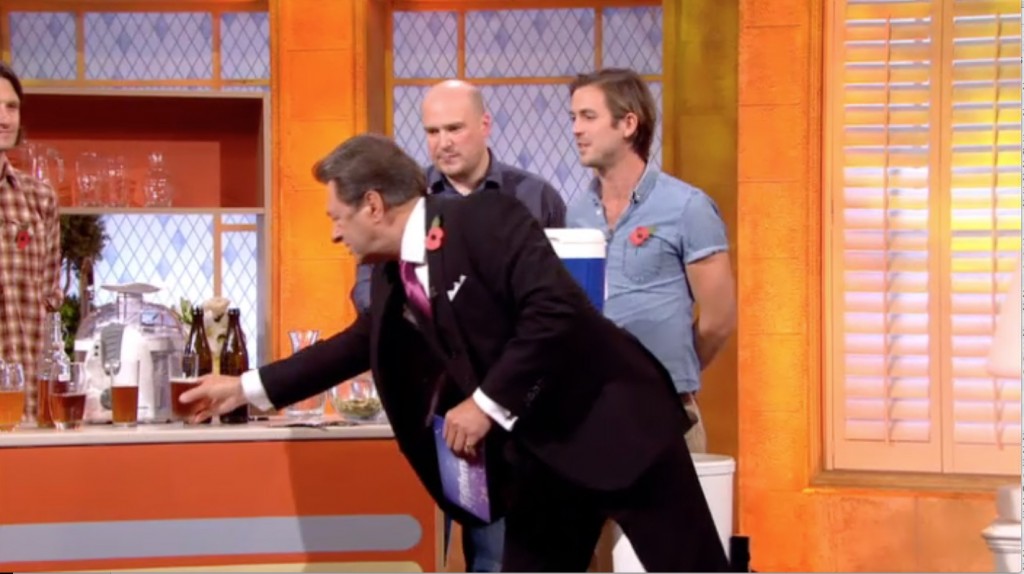 Nick tries to crash the adulation, like John Terry at cup final celebrations he had played no part in. 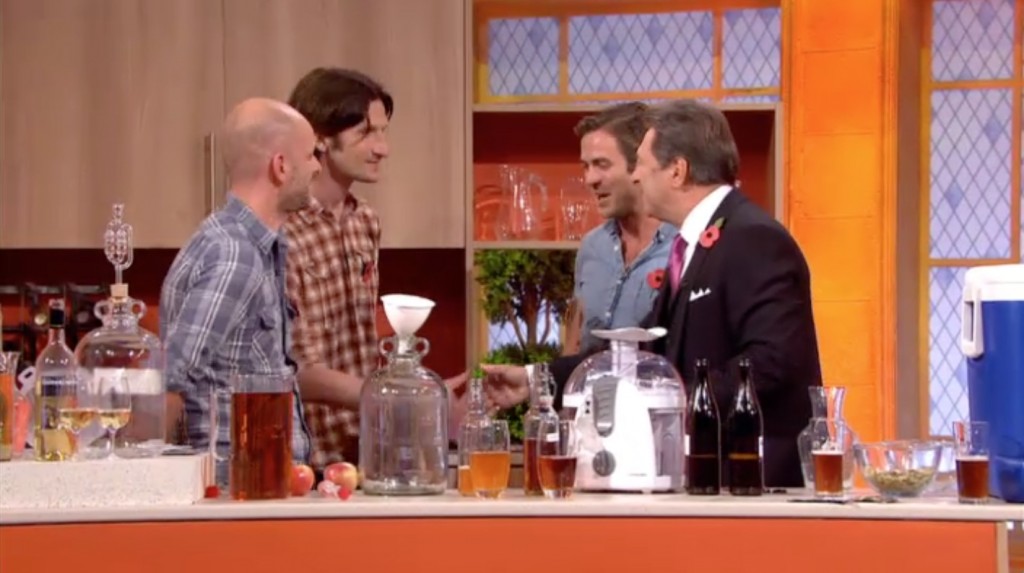 After the beer segment, Alan approaches us. What do we do? High five? Bow? Cross ourselves?
Alan is cool with handshakes. We shall never wash our hands again. 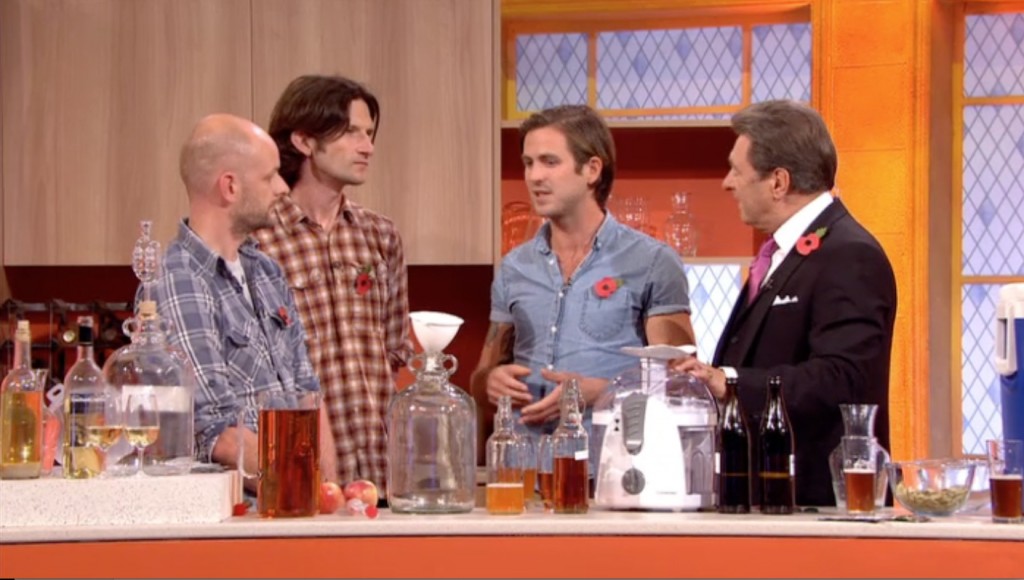 Alan asks some questions about cider making.
James, Son of Dick Strawbridge (moustache connoisseur and lover of contraptions), is ready to interject in case our mouths start saying stupid things. 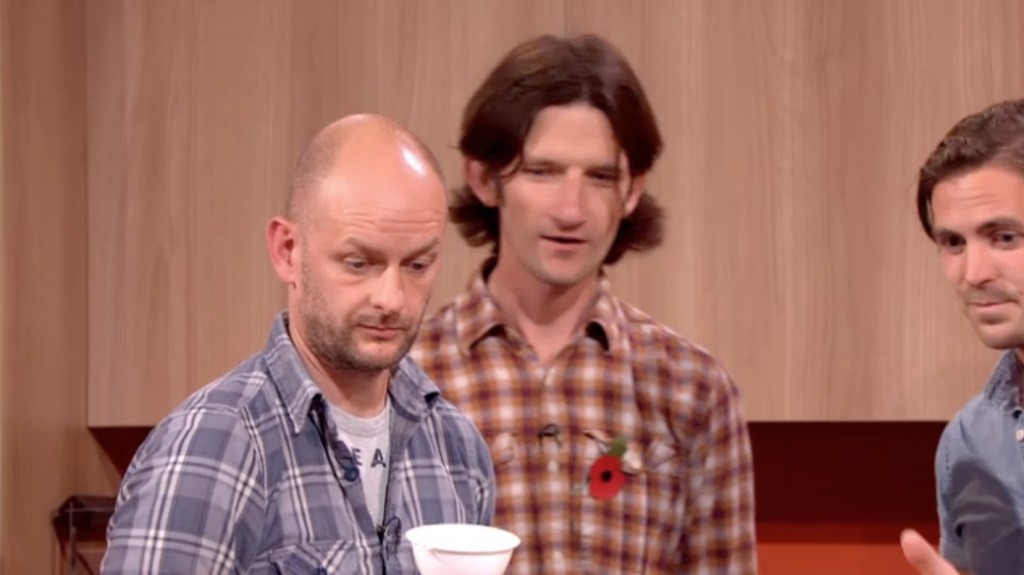 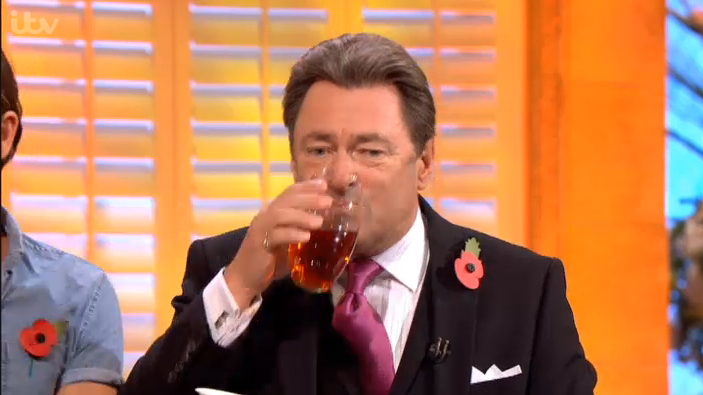 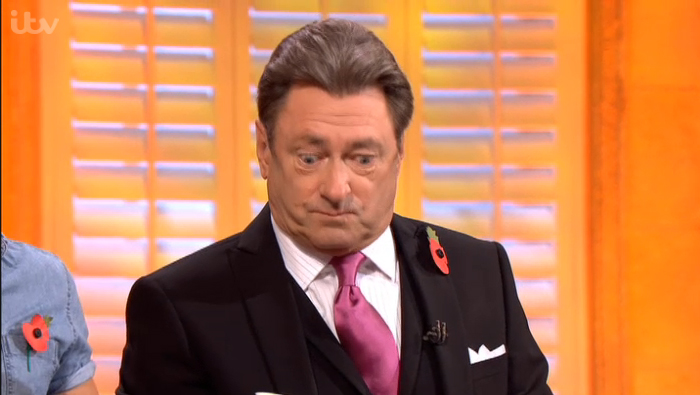 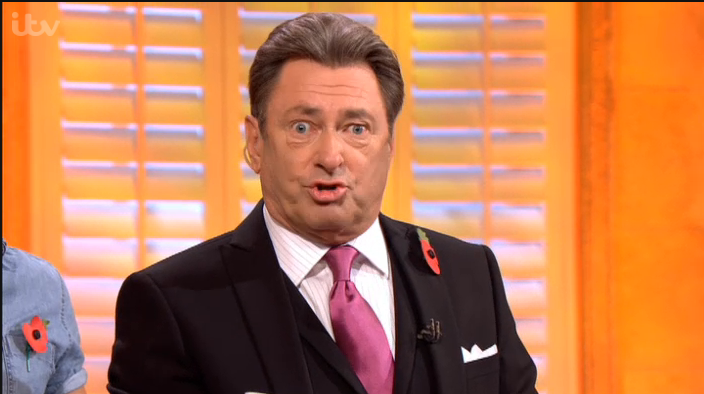 Alan thinks it’s time to move on to the next guest. 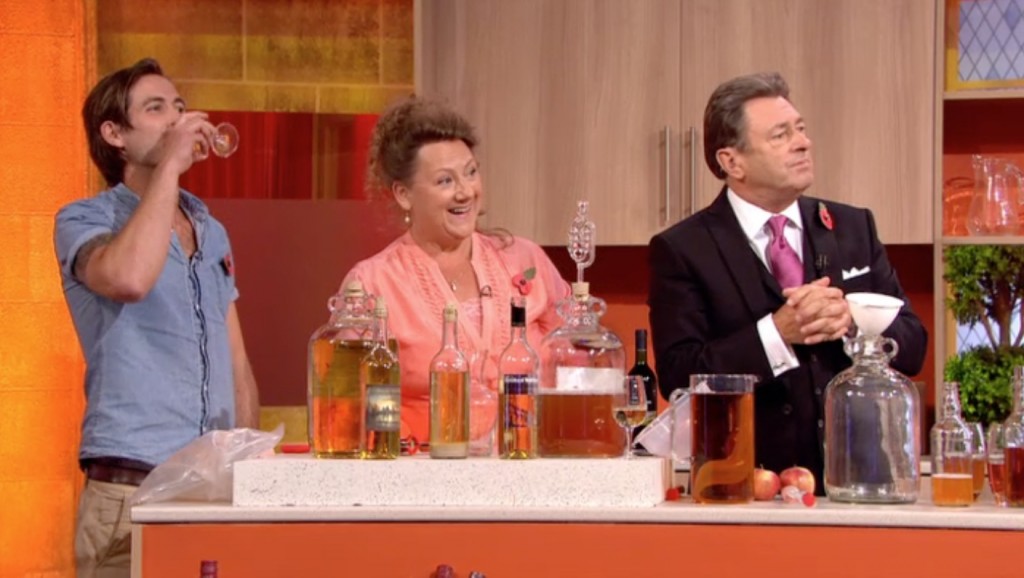 Dawn Black talks professionally about wines.
Alan loves it. Applause from the audience. 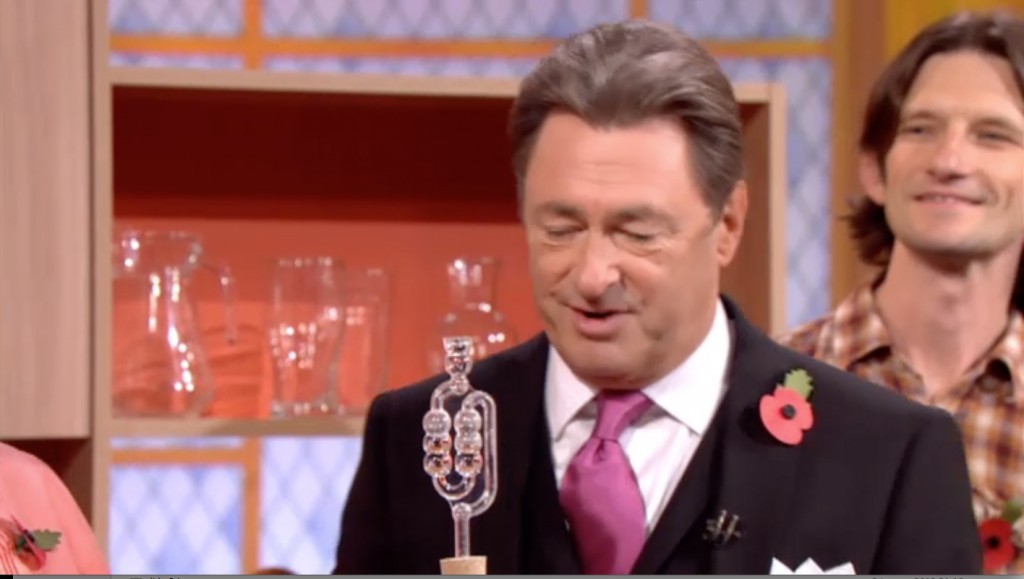 Nick appears in the background. 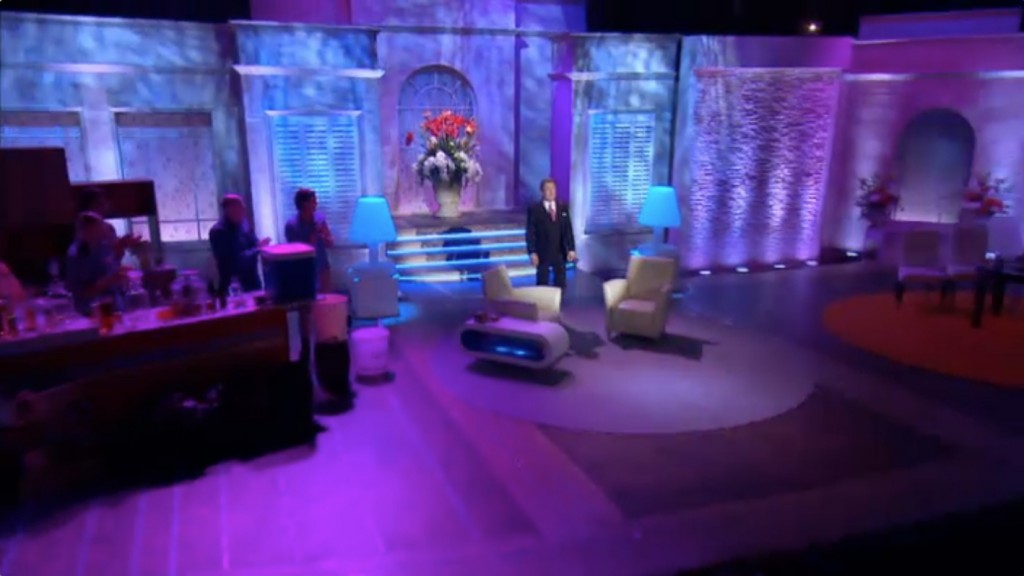 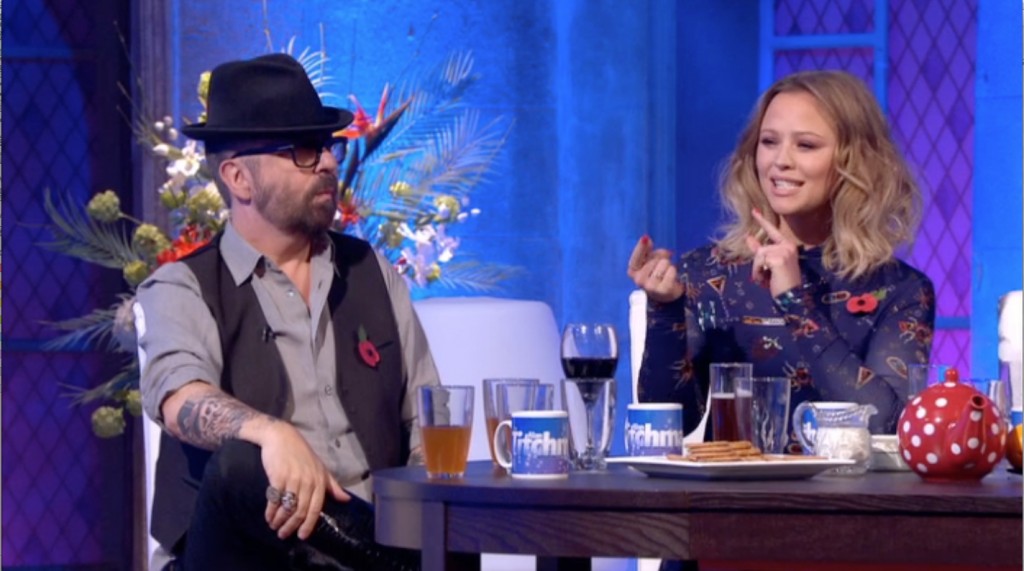 Now the fun’s over, it’s time for some celebrity chatter. Our cider lies in wait for the unsuspecting guests.
Wait for it… Wait for it…if she takes one sip, it’s going on our CV.

Five things we learned from appearing on telly
1. Everyone who works at ITV is lovely. (Admittedly we didn’t get to meet Jeremy Kyle)
2. The green room isn’t green, but does have a mini fridge and a good selection of crisps.
3. Facial scratching doesn’t look good on camera.
4. Waving at autograph hunters from a cab departing the ITV centre makes them think that you are celebrities.
5. We’ve been making our cider way too strong.

*There will be many.
**Crawling. Cheers First Great Western.