If you were to read a random selection of recipe books or growing guides, you would probably reach a limit of the number of herbs mentioned pretty quickly. There doesn’t seem much choice beyond the culinary standards we’re all familiar with. But in the real world, there are many more herbs available than even the most resourceful chef might have encountered.

One such herb that has barely made an impact in UK kitchens and gardens is sculpit (latin name silene inflata). But this green veg is much more common in Cyprus, Spain and Italy, where it’s also known as ‘stridolo’ and, in some parts, is celebrated with an annual festival. It comes under the tag ‘weed’ in North America, maybe because of its less appealing name ‘bladder campion’, but that didn’t stop me from attempting to grow some.

Like most herbs it grew fairly easily and quickly, throwing up tall stalks with long slender leaves. Besides using the leaves to pep up a range of Mediterranean dishes, from salads to stews, younger shoots are also picked in bunches and are the main feature of several pasta dishes. My harvest wasn’t vast so I’ve used it more sparingly – it has a lightly herby, peppery flavour which I think goes particularly well with egg based nosh.

But one of the best discoveries with this plant is not in its flavour, but its flowers. Allow it to grow and you’ll be rewarded with daintily spectacular blooms of petals perched on the end of miniature pink oval lanterns. 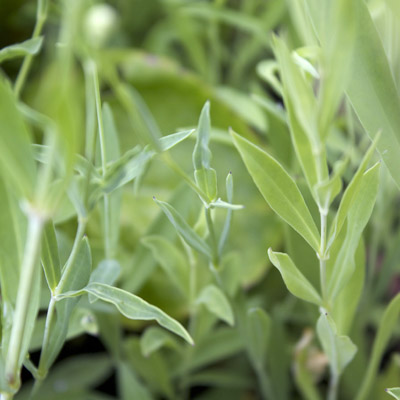 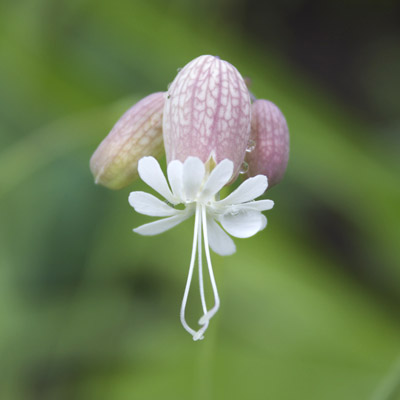