I like growing things in pots. I’ve got loads with flowers, veg, fruit and herbs all tumbling out of them. Compared to the garden they stay relatively weed free and can be shifted to wherever I want. But they do come with one big downside: they need constant watering. Neglect your duties at providing their regular liquid refreshment and you’ll soon have withered leaves and dried out roots, and will be carting them off to the compost bin. And I’m guilty of sending a few pots-worth of plants on this sad journey every year.

But help could be at hand. I’ve been sent a Lechuza plant pot, which comes with a ‘sub-irrigation system’ designed to sate your plants thirst during those days of forgetful neglect.

There are loads of shapes and designs available, but I’ve plumped for a round tub with side holes for maximum plant fillage. It’s a stackable design, but let’s not get carried away just yet – I’ll be starting off with a single tier. The pot itself is made out of plastic, not my usual material of choice, but in its slate grey livery it looks smart enough to take its place alongside the glazed ceramics.

So, how does it work? Beneath the soil level is a well that gets filled with water. Troughs, filled with some special granulate, sink into the well, magically soaking up water to the awaiting roots and soil. A gauge lets you know if your well needs filling, a task performed through a swiveling hatch at soil level. It’s all far too technical for me to fully comprehend, but easy enough to assemble and fill.

I hadn’t properly planned for planting up my Lechuza and, rather than saunter up to the garden center for a suitable collection of flowers, decided to hoik a few un-homed veg out of their starter pots and pop them in instead. The resulting arrangement of French beans, purple basil and jalapeno may not be the most attractive arrangement ever designed but they should be a good test of the sub-irrigation system.

A few weeks later and we appear to have a success on our hands. In the meantime I’ve successfully killed an astilbe, had a near miss with a tomato, and harvested some shriveled, puny carrots, but the Lechuza is brimming with wet soil and happy looking plants. I still don’t quite know how they do it, but who cares… it works. 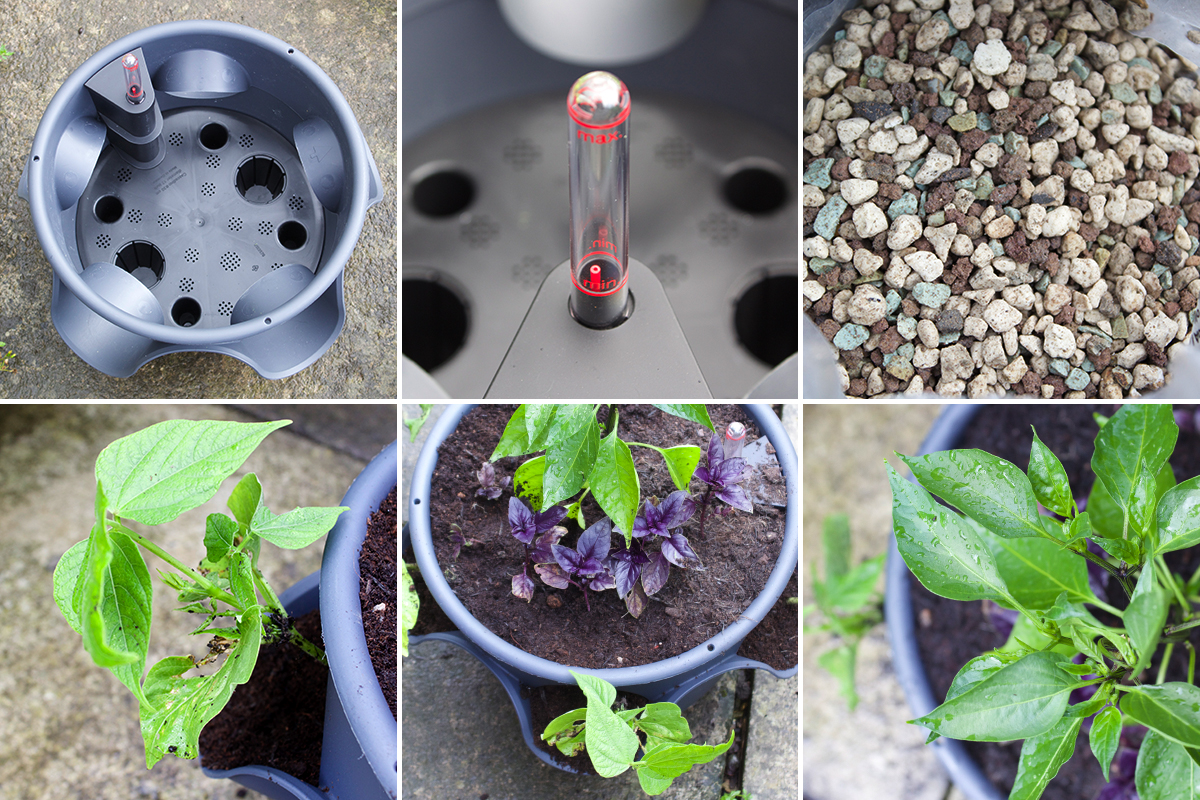 This pot was sent to us by Lechuza to review