Proper 100% maple syrup – pure and uncut – hails from the north of America and Canada, the principal sap-tapping state being Quebec, which sucks over 8 million gallons of sap a year. They are the undisputed sap-daddies, largely down to the local abundance of the three native maple tree varieties used to make the syrup – the sugar maple (Acer saccharum), the black maple (Acer nigrum), and the red maple (Acer rubrum).

A good sap-inducing climate is also essential. The cold Canadian nights and warm days between February and March are perfect, creating the pressure needed for the tree to start pumping the sap down to its root system. The actual tapping process follows the same rules as it has done for centuries. An upwardly angled, two inch deep hole is drilled into the south facing side of the maple tree, just above a large root or below a large branch. A spile is then hammered into the hole, off which a bucket is hung to collect the sap.

The next stage in the process is to drag the sap laiden buckets over to a sugar shack**, where the tree juice is heated in vats to evaporate off the excess water, forming a concentrate that is then graded, depending on density and translucency.

Black: You’ve burnt the sap. Get back to the woods with you.

And the greatest use for maple syrup? Yep, it does the job on waffles, and using it as a suntan lotion for roast parsnips certainly brings a touch of Delia Smith to the proceedings. But more interestingly (for us), maple syrup is a brilliant fruity/sugar addition for a whole host of cocktails and long drinks.

2 oz. Bourbon
1/2 oz. Lime juice
1/2 oz. Maple syrup
Ginger Beer
Fill a cocktail shaker with ice then add the bourbon, lime juice and maple syrup. Shake like an angry beaver then strain into a tumbler and top with lashings of ginger beer.

1 oz. Dark rum
1/2 oz. Cognac
1 oz. Maple syrup
Cup of milk
Heat the milk over a flaming campfire, throw in the rum and cognac, stir in the maple syrup then slurp like a thirsty moose. 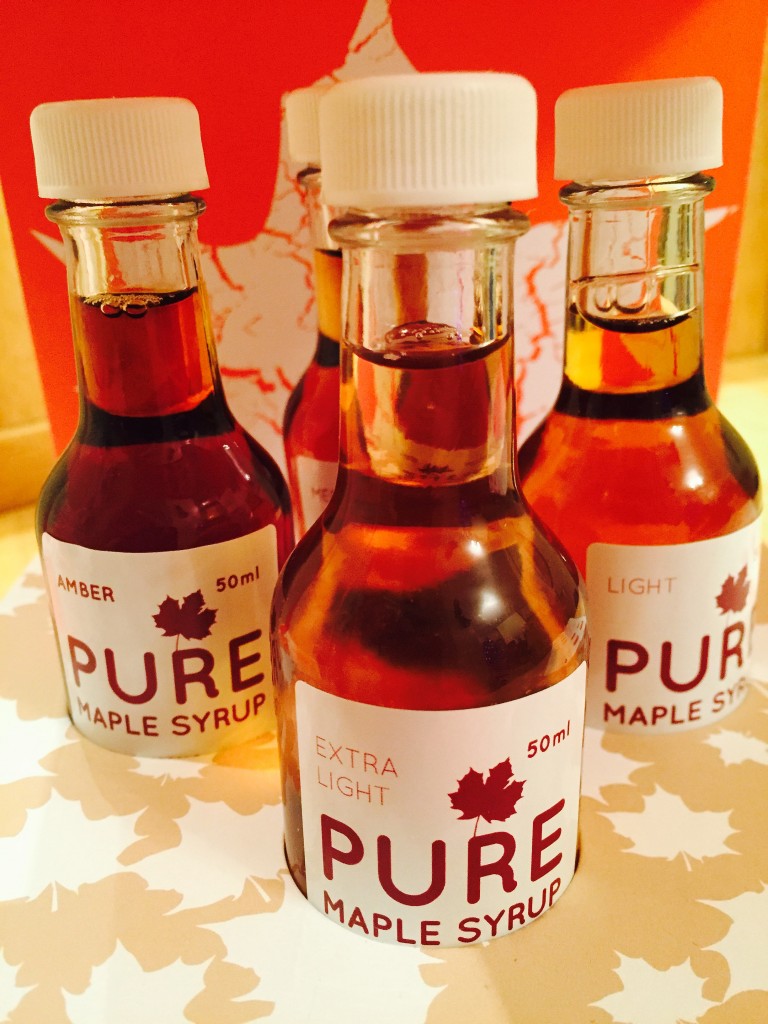 *Carob is used to bolster volume. It’s way cheaper to produce than maple syrup, and tastes, er, similar-ish. This kind of ‘knock-off’ syrup is derogatorily referred to as ‘sirop de poteau’ (‘pole syrup’), inferring that the poor quality gloop has been made by tapping telephone poles.

**Imagine a low-rent version of Willy Wonka’s Chocolate factory, made from logs.