Describing how a beer tastes isn’t always easy. The natural instinct is to pick out familiar flavours from other foods and drinks, trying to build an overall picture of the beer as if it were a fancy tasting menu. Sometimes, the associated likenesses are obvious: porters and stouts often have very tangible coffee and chocolate flavours; and some hops really do remind the drinker of grapefruit or orange marmalade. But more often than not the comparisons are wild abstractions, grasped at in an attempt to assemble unique tasting notes, and end up being long lists of scatty, meaningless flavour-a-likes.

If we, as drinkers, knew more about how the various grains, hops or yeasts created certain flavours the description task would be easier – listing the relative concentration of each of those ingredients would do most of the work – but few of us do, so we flail around with imagined qualities instead.

When we write our Thirsty Gardeners tasting notes we try to be fairly generic in our descriptions, providing only a few specific references that we find stand out.* After all, everyone’s taste is personal and we wouldn’t want to mislead with overdone lists of comparative foods – instead we hope our readers will use our descriptions to get a sense of each beer’s overall qualities before trying some for themselves.

For this week’s beer choice we decided to look at the tasting notes from the site beeradvocate.com. We have picked a popular beer and listed all the flavour comparisons to see how realistic the overall picture is.

The beer is Magic Rock’s Cannonball, a widely admired IPA among beer guzzlers, with many positive reviews under its belt. The brewery’s website manages to describe it without delving too deeply into taste-list territory, succinctly saying as much as anyone needs to know: “Tropically fruity, resinous hops compete against a sweet malty backbone, while a rasping bitterness builds to a mouth puckering crescendo.”

While over on beeradvocate.com, the reviews list the following among their tasting notes…

That’s quite a list. And while there were common threads (resin and tropical fruits featured regularly) which are perfectly acceptable, when they’re all combined it shows how hard it is to pin a beer down to something more precise that everyone can agree on. If food meddling chef Heston Blumenthal conjured up anything edible with those ingredients the Michelin Man would be banging on his fat duck’s door demanding his stars back. And if any single beer genuinely tasted of all those things it would be a strong contender for the worst drink known to mankind.

But if someone really can detect a hint of onion in an IPA then who are we to argue? And as for our review? It’s a bloody lovely beer, now go try some for yourself.

*Although we do stray into pretentious comparison territory. Only last week Nick a beer reminded Nick of a Moroccan tagine.

This beer was supplied by Honest Brew 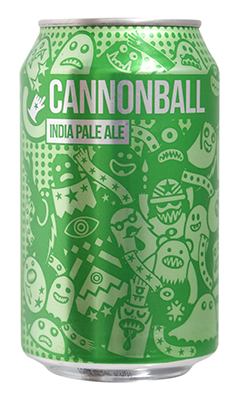