Great Newsome Brewery is a family run business located on the East Yorkshire coast near Hull. The brewery’s farm home has been managed by four generations of the same family and produces the barley that goes into their excellent beer. I’ve been guzzling their beers and have picked out my favourites from their range, but first I caught up with family member Matthew Hodgson (who, according to the brewery’s website, ‘cracks the whip’) to find out more about the farm, the beer and how we might go about growing our own barley.

Your family has been arable farming for many generations – what made you decide to add beer brewing to your workload?
Farmers love to grumble – either it is too wet, too dry or prices for their crops, livestock etc are too low. Back in the late 90’s this was the situation we found ourselves in and, as a small family farm, we wanted to diversify into another business that could work alongside our farm. As children we holidayed down in the south west a lot and our parents would seek out the beers they couldn’t sample at home. Around that time, to make a viable business of it would have been hard, so we left the idea alone. Fast forward to 2005/06 and things had started to change, people were wanting to try local food and drink, and a number of pubs became free houses nearby so we took the plunge.

How long was it from setting up the brewery until you were happy with the beer you were producing?
It was certainly a good year before we got a settled core range together that we were happy with. I am somewhat a perfectionist and am always keeping an eye on quality and consistency, so there is always room for improvement. That said, the ultimate test is the customer and with the positive feedback we are getting at the moment we can be satisfied with what we are producing.

Your range is quite traditional, with a few modern twists thrown in. How did you go about deciding what beer styles to brew and what plans do you have for future beers?
In the first place we had to make money, so we looked at what styles would sell well. Talking to publicans and trialing a selection of beers from another brewery in local pubs certainly helped. The evolution of our beer style has been driven by what our customers have asked for and this has lead us towards classic British beer styles. Our aim has been to keep the whole process as simple and consistent as possible from the selection of raw materials right through the brewing process. As for the future, we want to continue to produce beer that is not reinventing the wheel but a drink that you can enjoy all night without even thinking about it – to me that is the sign of a good pint.

You grow the barley on your farm that goes into your beers. What varieties of barley do you grow and what makes them right for your beer?
The main variety at the moment is Concerto. It suits our farm and its heavy clay soil. Concerto is a modern variety that the maltsters want as it makes very good malt. For brewing we find it has a good bold grain, so it’s easy to mill and generally we get good extract from it. It imparts a good flavour and, in most years, has low nitrogen levels which helps prevent beer hazes forming.

How much of your barley goes towards the brewery?
We grow more than we require at the moment as this year we have planted 40 hectares, which should produce about 300 tonnes. We probably won’t require more than a 1/3 of this but it is growing year on year.

Where do you get the barley malted and how involved are you in the process?
We have all of our barley sent to Muntons at Flamborough just up the road from us. Concerto barley seems to be generally used to produce a good light ale malt and we talk to Muntons about what specification we require for our brewery. Obviously there is some seasonal variation but it is pretty consistent.

Do you have any plans to grow other brewing ingredients on your farm, such as hops?
We have some hops in the ground now which we planted last year. We are quite far north but hops should grow up here and have done so in recent years not too far away. We have grown four varieties: Challenger, Celeia, Boadicea and First Gold. The first year they did not do so well, which we sort of expected, but with a dry spell in spring they don’t seem to be establishing themselves quite as well as I had hoped. Both Challenger and Boadicea seem to be growing the best so far. So we are using them more as a marketing tool to show visitors but, when the time comes, I hope we will be able to brew a green hop beer with them.

Rich is planning on growing some barley on his allotment for brewing purposes. Do you have any growing tips for him?
Nitrogen levels in the soil must be relatively low to prevent malt that gives you hazy beer, so don’t plant it after a legume plant such as peas or beans. Try planting it after a crop that uses a lot of nutrients, such as potatoes, and don’t use manure on the soil before planting. When harvesting, make sure it is nice and dry, you don’t want damp barley to grow moulds that again will affect the quality.

How much will he need for a pint?
For an average strength beer I would suggest 15g, it doesn’t sound much does it.

Seeing as Great Newsome is a family brewery I decided to share my haul of their beers with my Dad, Jim, each picking out our favourite from their range 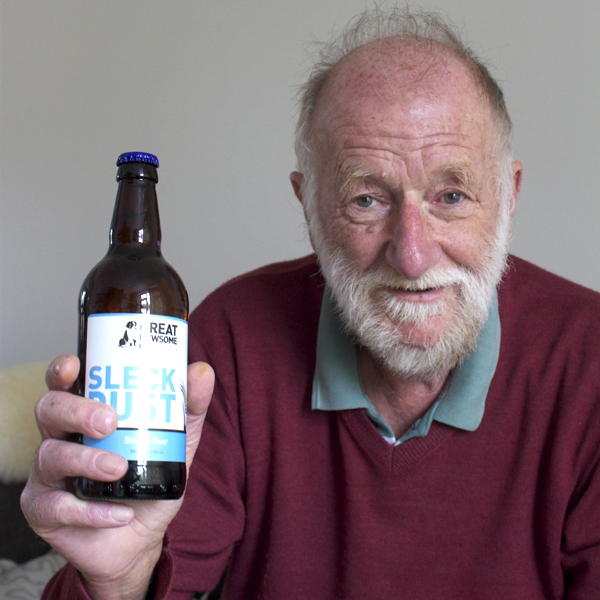 Sleck Dust, 3.8%
Chosen by Nick’s Dad
This is an easy drinking, straw coloured blonde ale with a citrus hop freshness which had my dad exclaiming “hip hoppy hoorah!” on first sipping. “Smooth beer, this one” he continued, “with a subtle hint of fruit. It’s up there with the best.” Praise indeed 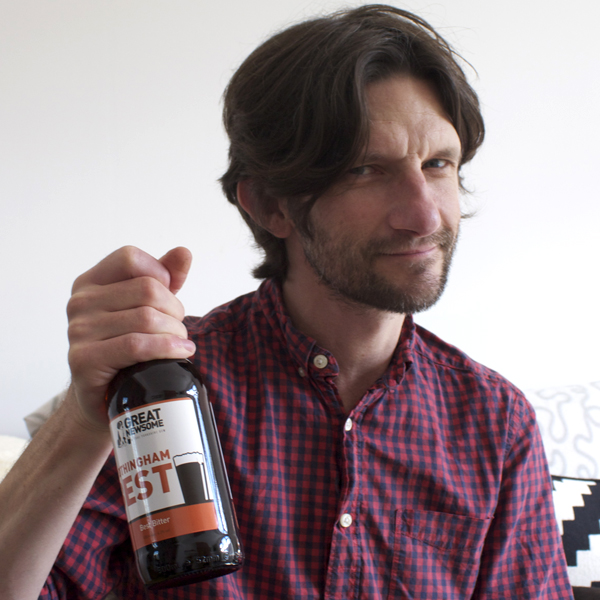 Frothingham Best, 4.3%
Chosen by Nick
A proper brown beer that perfectly shows off the slightly sweet, slightly nutty malt and has a decent, but not overpowering, level of bitterness. The kind of pint that’s refreshing in the summer and comforting when cold nights close in – and one that you can get stuck into over an extended session…

To find out more about the Great Newsome Brewery and their beers visit greatnewsomebrewery.co.uk