Father’s Day is looming large, its impending arrival heralded by piles of crappy, dad-related gifts that have started to amass in shop windows up and down the country.

Take it from us (both expert dads), your old fella doesn’t want superhero socks*. Neither does he want gorilla slippers**. What he wants is booze – ideally brown booze, preferably presented in a cardboard representation of a toolbox.

As luck would have it, Amsterdam-based booze merchants BeerWulf have got it covered. Established in 2017 and flush with Heineken-invested cash, BeerWulf are the latest contenders barging in on the bulging, booze mail order scene.

There’s the option of picking your own bottles to create a personalised beer box to suit your dad’s taste, and if that doesn’t float your boat, a range of curated booze packs are also available. In particular, Nick*** has been giving the Amsterdam pack the glad eye, and I’m very much liking the look of the Belgian**** beer pack.

BeerWulf’s booze boxes seem reasonably priced, the Father’s Day 12 bottle pack costs £25.95 and they promise delivery within 48 hours (providing you order before 4pm). When ordering, we suggest you play it smart. Instead of delivering directly to dad, get the box delivered to your own home, snaffle the best beers yourself and replace the empty slots with some rubbish ones you bought from the Co-op. 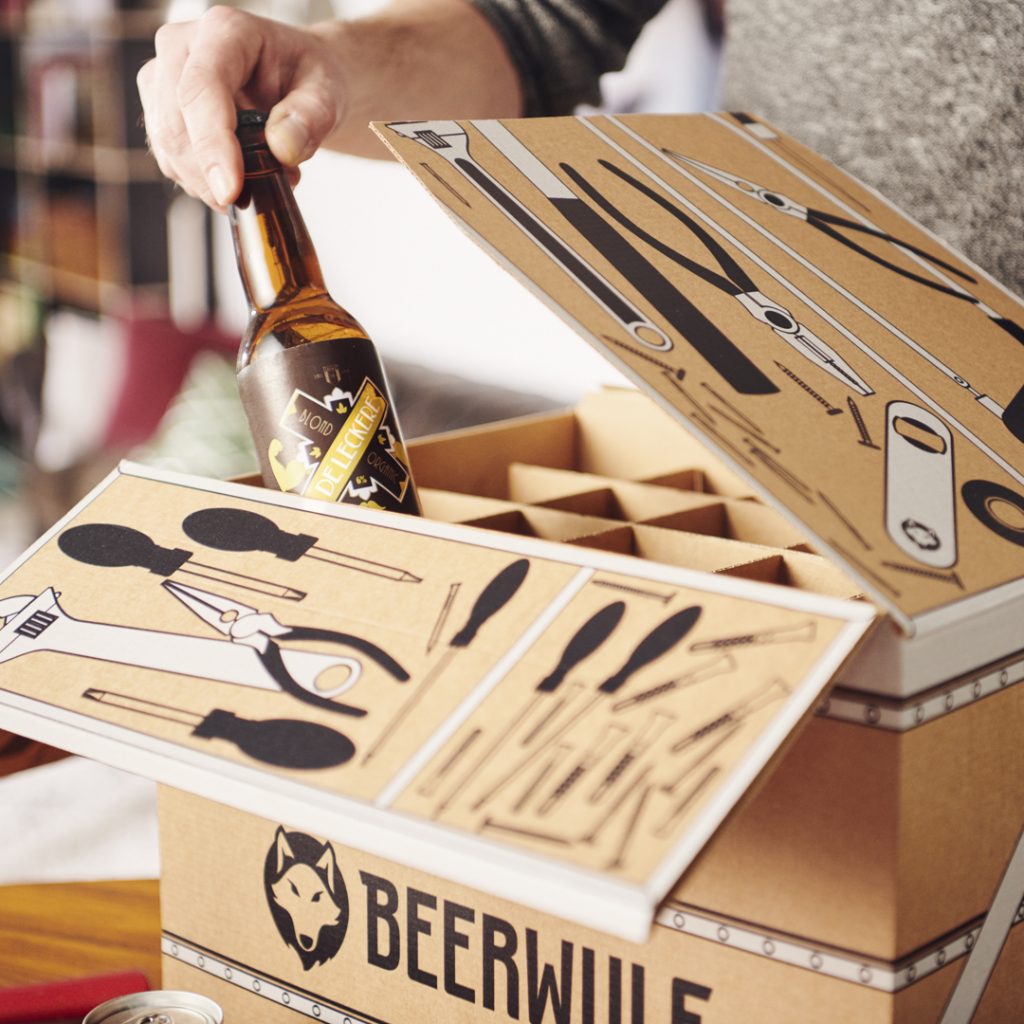 *Actually these are pretty sweet.

***Nick loves Holland, and there’s no place he’d rather be than stalking the damp alleyways and back streets of Amsterdam. When down in the ‘dam he prefers to shun the traditional Brit tourist activity of pedaling around the canals and waterways in a fug of marijuana smoke in favour of a thorough investigation of the cities breweries and the wares they produce.

**** Belgian beers are a lot safer when enjoyed in the comfort of your home. A ‘beer exploration’ trip to Bruges back in the early nineties was responsible for the single worst hangover I’ve ever endured. A weekend mainlining high strength trappist beers and croque monsieurs followed by a high speed, rough sea-ed channel crossing on a filthy old hovercraft rendered me green-gilled and bed ridden for a whole week.