There’s a pear tree in the middle of my garden that’s been living on borrowed time.
Each time I wander by its wafty branches, my sawing arm starts quivering and I mentally prepare its downfall. Even the kids have earmarked the ‘trampoline page’ in the Argos catalogue in preparation for filling the void it’ll leave behind. And it’s not because the tree offends the eye. In fact, quite the contrary.

It’s a Pyrus salicifolia ‘pendula’, or weeping pear, and proud holder of an RHS Award of Garden Merit*. It is an undeniably elegant tree; ornate, wistful and regal – in spring, delicate white flowers will pop and shine among silvery leaves, the thin branches bow gracefully and hard green fruits emerge from the foliage.

And therein lies the problem. Hard green fruits. Not plump, juicy fruits – hard, green un-juice-able ones, fit for neither man nor beast. What’s the point? No point, hence the tree’s nickname (in my head), the pointless pear.

There is, however, one voice of consternation that cries out in support of the tree. The voice is high pitched, whiney and incomprehensible, but that’s because it comes from the furry throat of my cat.

For our feline family member, the tree is a beacon of joy: part gnarly scratching post, part climbing frame, part bird hide. Primarily though, she uses it as a giant umbrella under which to collect, bully and devour small furry rodents. And because the cat inexplicably has so much sway in the household, I’m duty bound to keep the tree neatly trimmed and ship-shape – at least until I can force through my demolition order.

The weeping pear is commonly used in both formal and informal landscape design; National Trust** members who like to poke around the many courtly gardens owned by the charity may already be familiar with it’s willowy silhouette. Trees are typically left to sway down carefree and wild, but you can – with judicious pruning – treat it almost like topiary, thanks to the tree’s tight branch structure and dense canopy.

Sadly, pruning apathy on my part has left my Pyrus sporting a rather unfortunate hairdo. In an attempt to draw attention away from the mess created, I’ve decided to festoon the underside with some smart starry garden lights. Whilst this approach is possibly not the sort of thing a trained horticulturist would consider, they do bring a spot of bling to the pendula – and from the cats point of view, they certainly add a touch of Hollywood glamour to the feline feasting going on underneath.

For now, the tree has a stay of execution, but the next time I catch the cat with her snout in my breakfast bowl, I’ll be going straight to the shed for my bow saw. 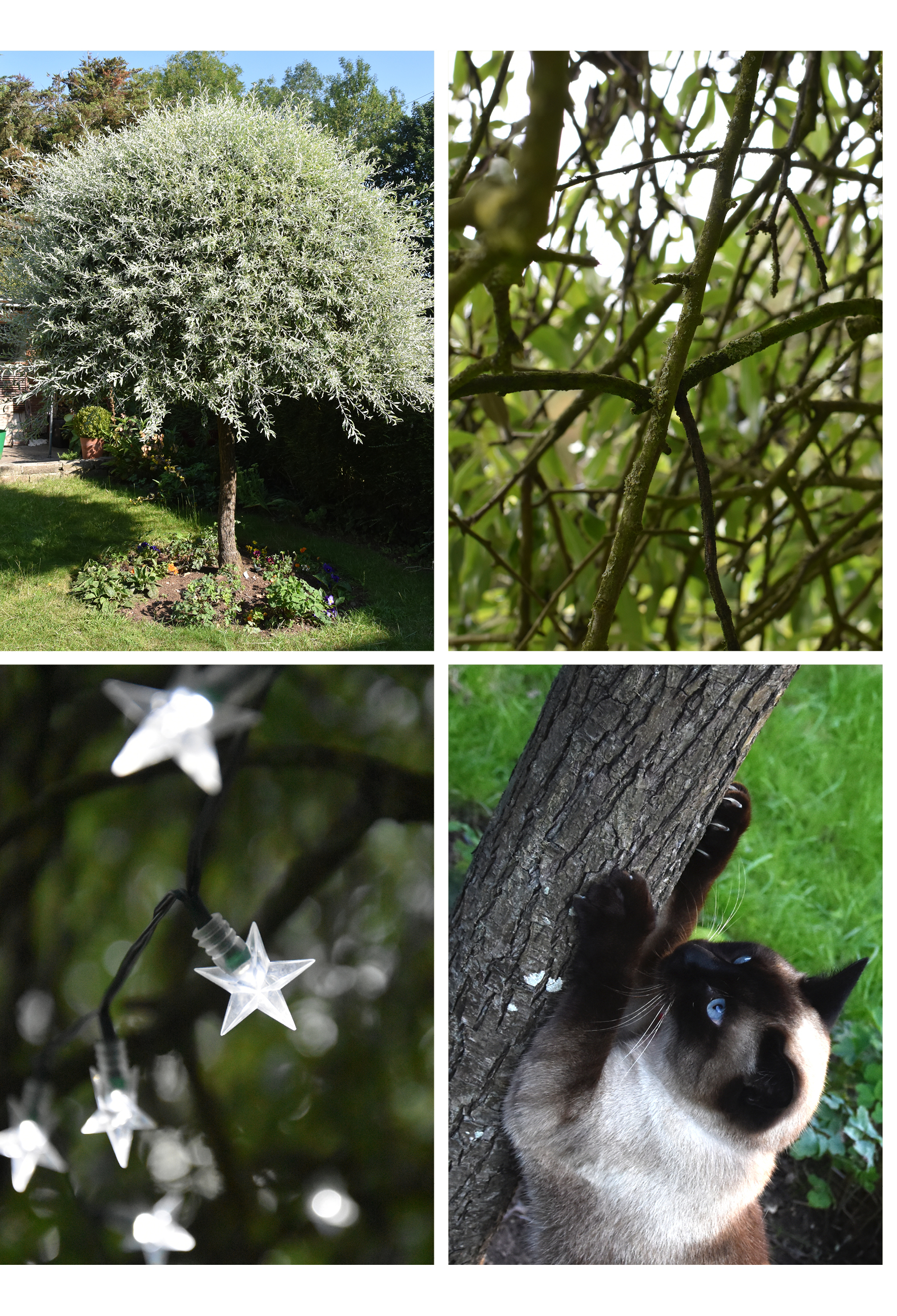 Get the look
My Pyrus is decorated with weatherproof, solar powered LED stars. I found that a 50 LED set was enough to disguise the bad pruning on my medium sized tree.

* Not this particular tree, you understand.

** Spot them in the splendid gardens of The Courts, Dyrham Park and Barrington Court, to name but, er, three.