Salad rocket is more than a leaf that makes a cheese sandwich upmarket. Our five fascinating facts reveal a history peppered with sex, drugs, rocket and rolls…

Rocket fuel
Packed with vitamins and antioxidants, rocket is a nutritious fuel for the mind, body and especially the skin. Some folk have even been known to smear themselves with fresh leaves for a natural deodorant, while others claim it can make freckles vanish.

Rocket power
Throughout history most foodstuffs seem to have been declared an aphrodisiac by some culture or other. Rocket rates pretty high on the list of Mediterraneans’ love drug – its aphrodisiac powers even caused it to be banned from Italian monasteries in the 12th centuries. At other times followers of Priapus, the Greco-Roman god of fertility, planted the hot potion around his statue to give him a helping hand, as evidenced in this quote from Roman author Columnella: “Th’eruca, Priapus, near thee we sow, to arouse to duty husbands who are slow”.

Rocket man
In America the rapid rise of rocket’s popularity has been seen as an indication of a growing culture of professional elitism. President Obama caused a bit of a peppery stink when he was said to have complained about the price of rocket, with political commentators naturally dubbing the scandal ‘arugula-gate’.

Bottle rocket
Besides enjoying its mustardy leaves in a cheese roll we’ll be bottling our harvest by making the Italian rocket liqueur ‘rucola’ or ‘rucolino’. This involves stuffing it in vodka with sugar, lemon peel and a few cloves. 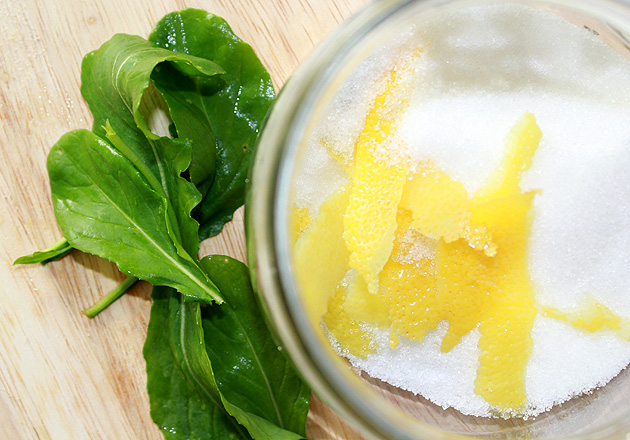 Prepare for lift off: rocket vodka ‘rucola’ in production