Introducing a new series of features, where we dig out Nick’s ‘Big Bumper Book of Cocktails’ and turn our hand to bar room sorcery and magical mixology, in an effort to thin down the bottles of spirits in the drinks cupboard so we can fit in more beers and ciders.

Brief History
The history of the Martini is murkier than one of Nick’s ‘experimental’ wines.
There are four main theories. Take your pick…

Theory 1
World renowned bartender Jerry Thomas (no relation to Terry) created the drink, having published a ‘Martinez’ recipe in his 1887 bartending book. It bears a similar-ish resemblance to the Martini we know, but his recipe contained bitters, sweet vermouth and maraschino liqueur.

Theory 2
The Martini was created by Julio Richelieu, bar owner in the gold-panning town of Martinez, California. He concocted the booze when a prospector who’d just struck gold, entered his bar and asked for an appropriately named, celebratory tipple.

Theory 3
The drinks company Martini & Rosso invented the Martini for a branding exercise, in order to sell more of their Italian sweet vermouth. Most likely.

How to make a Martini.

1 Pour 4 oz gin and 1 oz vermouth into a cocktail shaker full of smashed up ice. Stir, not shake.

2 Stir for half a minute, to chill and combine.

3 Pour into a suitable glass, then adorn with a skewered olive. If you fancy a splash of citrus, replace the olive with a twist of lemon, making sure you give it a squeeze to release the oils before dropping it in the glass.

4 Sip in a stylish fashion.

The Gibson
Replace the olive with an onion. (cocktail, not spring)

The Vesper
James Bond’s Fave. According to Ian Flemming…
“Three measures of Gordon’s, one of vodka, half a measure of Kina Lillet. Shake it very well until it’s ice-cold, then add a large thin slice of lemon peel. Got it?”
Casino Royale, Chapter 7

The Noel Coward
A large glass of gin, ‘waved in the general direction of Italy’. Ho ho, Noel!** You are a card! 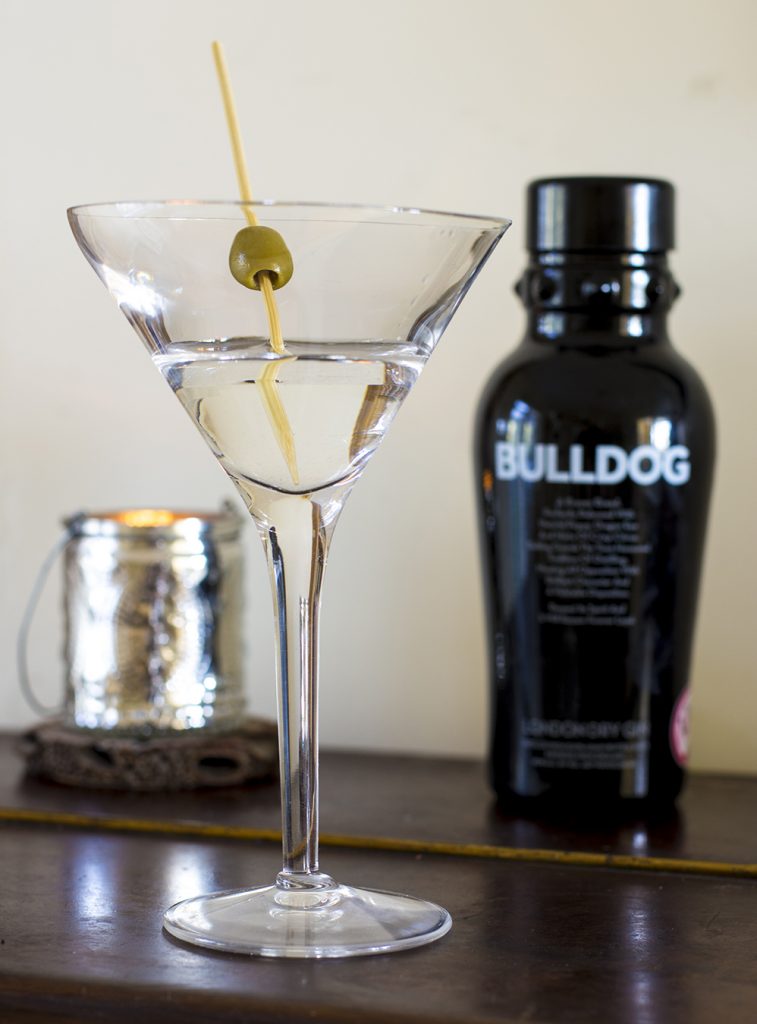 * A very doubtful theory. There’s no word of it on their website, and you’d have thought their marketing guys would be ALL over it. Also: Rockefeller was a well known abstainer of both booze and fags.

** Not you, Edmonds. Get back to your pet pestering.