Last year, cucumbers were one of my garden’s biggest successes. Thanks to years of practice, and my ace new greenhouse, the two cucumber plants I grew from seed clambered all over the rest of my indoor crops and pumped out so many tasty fruits that my family (and my neighbours) were slicing juicy segments for weeks.

Just as I was thinking it about time I started this year’s cucumber sowing, we received an email from top gin makers Hendrick’s asking if we wanted some cucumber seeds. Cucumbers are one of the key ingredients that gives Hendricks gin its unique flavour, and it’s one of the best gin garnishes going, so they’re keen to help spread a little more appreciation of the popular cucurbit. (They also sent a bottle of their gin, just so we could remind ourselves of the magnificent combination of booze + cucumber).

To help improve the nation’s cucumber growing antics, they also contacted a cucumber boffin to run a few tests and find out if there were any new ways to encourage cucumbers into more fruitful activity. Graham Brown, of the University of Sydney, is one of the world’s leading cucumber experts and some of his findings are quite bizarre, but we’re willing to put them to the test.

Our seeds have been sown and successfully germinated – mine moving from a pot in the conservatory to a patch of compost in the greenhouse; Rich’s from a windsowsill to the allotment  – and we’re going to see who can produce the best results. For anyone planning on growing their own cucumbers here are our ten top tips, with some additional advice from Graham Brown thrown in for good measure… 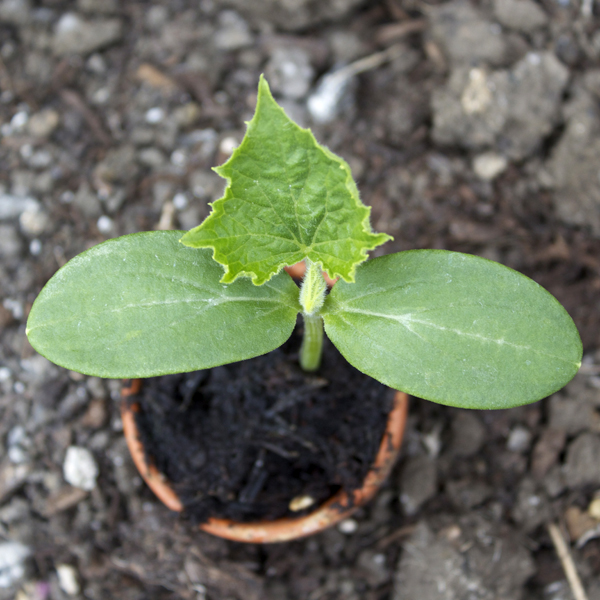 “Turn that bloody jazz off…”

1 Sow indoors
Cuces like a cosy start to life, so sow them in wet compost indoors. A warm windowsill or on top of a freezer works a treat (the freezer’s cooling energy gives off a small but consistent amount of heat).

2 Let there be light
Once germinated, your rapidly growing cucurbits will thrive best in good, even light. If they have to strain to find the sun they may get a bit ‘leggy’ and not sufficiently bulk out. A greenhouse is ideal, failing that your sunniest window location.

3 Patient planting
Frost is a deadly cucumber killer so wait until all risk of the freezing stuff has passed before planting out any outdoor varieties. And even outdoor varieties will perform better under glass.

4 Rock on
According to Graham Brown, cucumbers love a loud blast of rock music. The Sydney scientist subjected plants to a variety of music styles (along with a control test of silence) and the sound of heavy metal thunder produced larger and jucier fruit. Like most youngsters, they hated jazz.

5 Scent-a-mental
Despite cucumbers lacking in the nose department, Mr Brown also subjected plants to three scents, spritzing dill and sage in their direction while leaving another group scent free. According to the star scientist “plants can sense chemicals in the air, such as volatiles released during grazing by herbivores and respond by increasing production of protective chemicals”. In the trials, their senses twitched in delight to the spritzed dill, resulting in tastier fruits, while the sage induced a bitterness to their flavour.

6 Sleep tight
Graham Brown’s final trial involved tucking up some cucumbers into miniature sleeping bags which resulted in softer skins and sweeter flesh. He explains “it would appear that by protecting the growing skin from the drying atmosphere and light, the fruits are tender and sweeter”. In the absence of custom made sleeping bags, we suggest a large sports sock will do the trick.

7 Hungry, thirsty…
Cucumber plants like good meals of nutrients and are thirsty beasts. To help keep them sated, plant in compost (or directly into a grow bag) and water regularly. Continue to offer them scoops of manure every week or two, which they’ll readily accept, and once the fruits have set you can nourish them some more with a tomato feed or liquid seaweed.

8 Climbing fame
Cucumbers are avid climbers, so give them some sticks to wriggle up, encouraging them to keep to the right path by tying their stems to the sticks with string.

9 Feel the pinch
When the central stem of you cucumber plant can climb no more (due to roof obstruction) or develops seven leaves if planted outside, pinch out the tips to concentrate growth to the fruits. For side shoots, allow one fruit for each shoot, snipping off the subsequent growth

10 Gin time
Finally, make sure you save some of your harvest for gin. The salad crop is a perfect cool garnish to a G&T and, as soon as our summer harvest is underway, we’ll be plunging slices into that bottle of Hendricks… 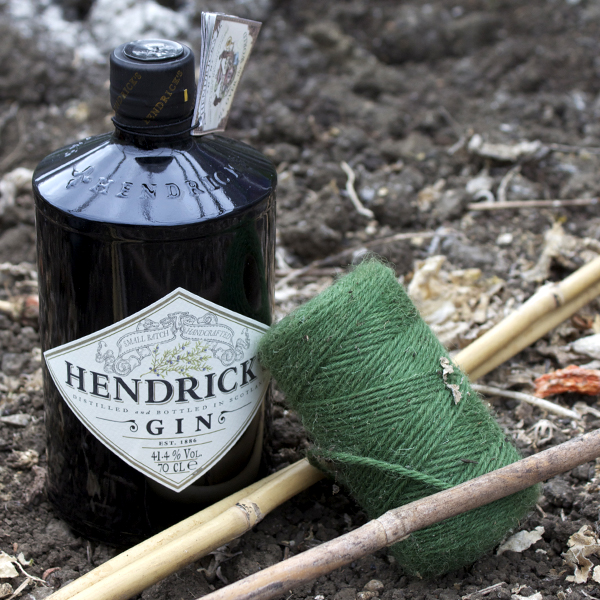 A cucumber’s dreams are made of this…

Did you know that June 14th is World Cucumber Day? Hendrick’s will be at the forefront of the celebrations – follow on twitter @HendricksginUK for more