The UK beer revolution continues apace. Increasing numbers of start-up breweries are joining the already crowded ranks with ever expanding beer repertoires, giving the ale thirsty public a taste for new and adventurous flavours, and causing longer-standing enterprises to evolve and adapt with the times. It seems the days of a brewery providing an unchanging range of just three beers are over.

Box Steam Brewery was founded in 2004 – around the time the industry began to properly wake from its corporate dominated slumber – and is already adapting and expanding to capitalise on this new beer enthusiasm. Inspired by ‘the life and works of Isambard Kingdom Brunel’ and named after their birthplace village of Box, Wiltshire, the operation recently upped sticks, moving a few miles down the track to Holt for bigger, swankier premises. That means more beer, with even more room to grow, in an increasingly competitive marketplace. 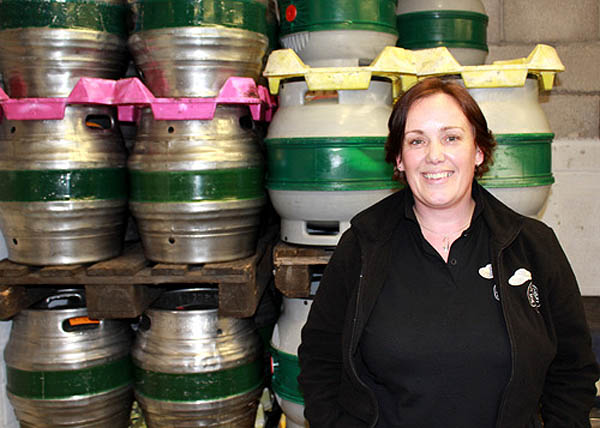 Ruth Shepherd joined the operation in 2008 when it was “fairly rustic. I think there were about four other people working there and everyone was doing everything.” They were also one of only a handful of breweries in the area – a scene that has dramatically changed in the intervening years: “There’s a lot of competition out there at the moment and pubs are trying to favour their local brewery – which is fantastic if you’re a local brewery – but when you’re trying to get beer in there from a bit further afield then it’s annoying.”

The brewery is already a big success close to home – their business inventory includes two popular local pubs –  and their beers are well stocked throughout Wiltshire and neighbouring counties. And now, thanks to their increased capacity, they’re starting to gain recognition in other areas of the country.

One of the speciality beers helping spread the word is ‘Funnel Blower’, a traditional porter flavoured with a much less traditional ingredient: vanilla. Ruth explains how this combination came about. “It was actually done on the suggestion of a landlord who sold our beers at the time. One of his favourite styles of beer is porter and we were having a drink over the bar one night and he said “you need to do something a bit more interesting. Maybe put some new flavour in to it or something.” After a few seconds thought he said “Oh I know, how about vanilla”  – and that was it.”

Inspired by this pub-talk idea the brewing team set about researching what form of vanilla to use. “We looked at quite a few small home brew forums and they were all suggesting to use the pod rather than the essence, so that’s what we did. I found somewhere down in Kent that imports them from Madagascar. The best! The pods are added to the fermentation vessels so it gets a chance to really expand and later, at racking to each cask, so the vanilla can continue working longer.”

The marriage of flavours works a treat. There’s a delicate essence of vanilla on the nose which intensifies when it hits the taste buds before mellowing, allowing the bitter porter flavours to dominate the aftertaste. 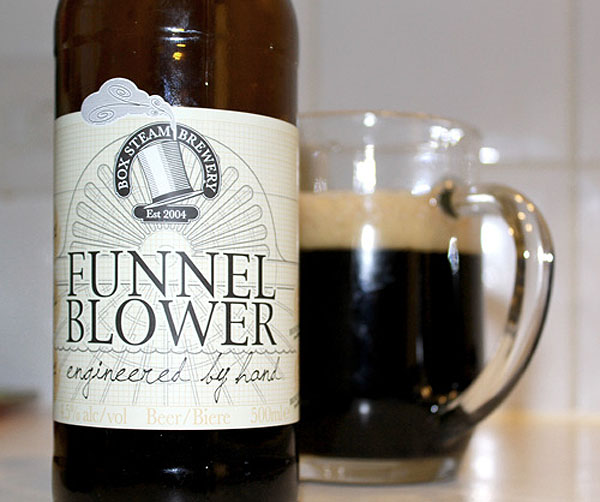 Blow your funnel with this porter and vanilla combo

Given the success of this brew, what plans do they have for future beers? Ruth admits that she is a big IPA fan and is keen to create a fully flavoured version akin to those made popular in the USA. Their existing summer ale, a 5.2% IPA called ‘Derail Ale’, is already delightfully hoppy but Ruth is eager to experiment, along with Tom (Head Brewer) with more hoppier, stronger brews.

We can’t wait to try the results and hope that future bar-talk will unearth yet more interesting beer styles. 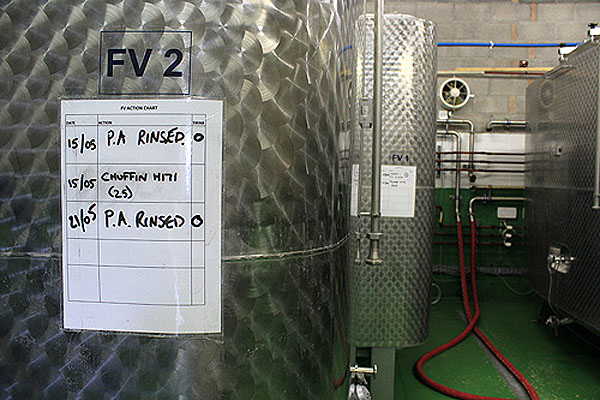 Where the magic happens. One of the fermentation vessels containing another popular brew, ‘Chuffin Ale’

You can enjoy Box Steam Brewery beers at their two pubs:
• The Inn at Freshford www.theinnatfreshford.co.uk
• The Cross Guns at Avoncliff www.crossguns.net