Over the past month I’ve taken to battling with cryptic crosswords. Apparently it’s good exercise for the brain, which I’m hoping will offset some of the cell damage caused on pub crawls of my youth. I’m beginning to get to grips with some of the codes, abbreviations and wordplay, but most puzzles still contain far too many baffling clues for my novice deduction skills.

For example, take this clue from the crossword I’m currently tackling, set by Otterden in the Guardian last week: Order for stone coffin someone from the West Midlands once executed (10).* Too much time has been wasted trying to fathom that one and now my brain is pleading with me for something it understands much better: the simple pleasure of beer.

To appease the begging of grey matter I’ve cracked open a can of [Turn headless to corner after final beer (6)].** Made by Oskar Blues, a brewery based in [Colonal or a head from department of state (8)]***, Pinner is designed to have all the appeal of an Amercian IPA but at a much more gluggable strength – described as a ‘Throwback IPA’ on the can. And mightily appealing it is too, full of dry biscuit maltiness and a good dose of mango hoppiness drifting by on a tropical breeze. It’s not as sticky sweet as some IPAs we’ve tried recently, but the dry and refreshing trick certainly makes you want to progress from a single can to a ring pull ripping session.

So has it helped my crossword solving struggles? Yes. I’ve cheated in order to finish the thing and am enjoying the beer in a less taxing environment by watching football instead. But as a final blast of cryptic nonsense, here’s a single word description of Pinner: it’s a [Drug queen gets biscuit (7)]****

*The answer is CISTERCIAN. I’ve never heard of the word before. Apparently it’s an order of Christian monks and nuns. Check out this complex method of solving… Order (the definition) for stone coffin (CIST, a stone-lined burial chamber) someone from the West Midlands (mERCIAN, someone from the ancient knigdom of Mercia which included what is now the West Midlands) once executed (ie. head cut off, hence losing the ‘M’ from ‘Mercian). Jeez…

**PINNER: Turn (sPIN) headless (as above, lose the first letter, ie the ‘S’ of ‘Spin) to corner (NE, the directional ‘corner’ North East) after final (R, the final letter of ‘after’) beer (the definition)

***COLORADO: Colonal (COL) or a (OR A) head from department of (DO, the letters from the head of ‘Department’ and ‘Of’) state (the definition)

****You can work this one out yourself 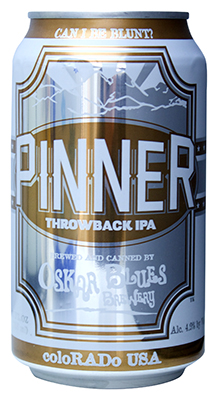