A few weeks ago, smooth talking BBC Gardener’s World presenter Monty Don sidled up to his chilli plants to pick a few pods. Usually, Monty harvesting veg is a time when my face turns as green as Mr Don’s fingers, bathed in envy at his far superior yields. But this time, a different sensation washed over me. Relief, pride even… heck… downright euphoria. If I wasn’t nursing an old-man-chases-football hamstring knack I would’ve performed a jaunty jig of jubilation around the living room carpet. Move over Monty, my chillies are better than yours.

There was nothing at all wrong with Monty’s Jalapeño plants. They were a decent size and plenty of shiny green chillies dangled from their stalks. Like me, he grew them in pots housed within the greenhouse. One of my plants looked almost identical. But another, which I grew in a slightly bigger pot, was definitely larger. And that’s the secret. The amount of space given to the roots to suck up the required nutrients.

If my Jalapeños and the similarly productive Padrons were something to crow about then my Hungarian Hot Wax and Aji Lemon plants were worthy of a vast murder of screeching avians. These lucky varieties were afforded the extra luxury of being planted directly into the ground, again under the greenhouse roof, and they’ve capitalised with abandon. The Hot Waxes are big and hugely productive, while the Ajis are OUT OF CONTROL and on the verge of needing to be trimmed WITH SHEARS.

If anyone from the BBCGW production team is reading this, then get some chillis in the ground next year. And if you want to increase viewer envy, tuck some Aji Lemon seeds under Monty’s nose.

I wrote about my chosen chilli varieties after buying my seeds. Now the harvest is in full swing, here’s the verdict on each plant… 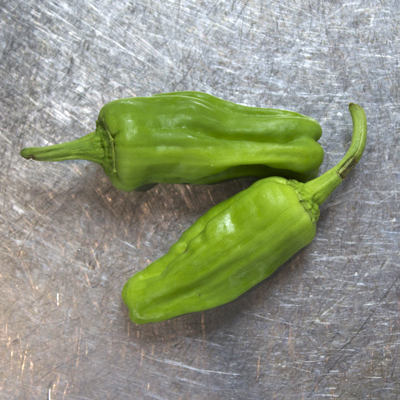 Padron
The first to be ready, they can be picked very early as heat isn’t the key for these plump little beauties. Speedy picking also encourages more growth so I’ve enjoyed a constant supply throughout summer. Blister them on a hot pan or barbeque and sprinkle with salt, tapas style. But be warned: occasionally a hot one will randomly reveal itself Russian Roulette style. A manageable heat, but a little shock nonetheless. 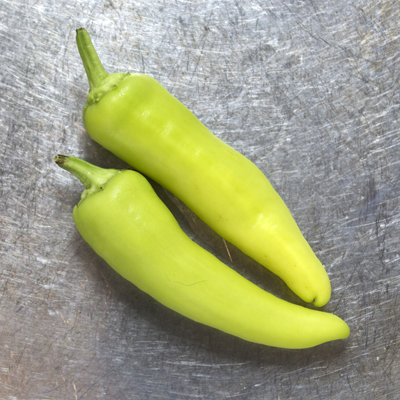 Hungarian Hot Wax
My new favourite chilli. Big plant, massively productive and, as with the Padrons, can be harvested quickly. They have a nice bit of heat, but it’s not intense, so eating them whole isn’t too much of a sweaty task. They are also great on the hot pan or barbeque, can be stuffed, pickled, or chopped into salads. 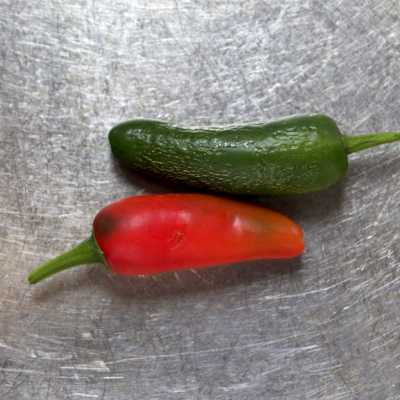 Jalapeño
Less dense foliage and slower to ripen, but can be harvested any time from deep green to red. I’ve had a constant supply throughout summer but not in such high yields as the other plants. Very distinctive flavour and they’re great sliced onto pizzas or other oven baked dishes and even better pickled. Pretty hot but unlikely to cause too much damage. 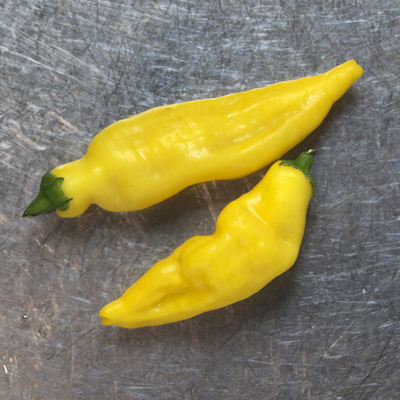 Aji Lemon
These grew huge and are covered with hundreds of nobbly chillies. Yes, hundreds. They can be picked green but I prefer waiting for them to turn a bright yellow colour (although this takes quite a while). They have a dry, zesty flavour and are h-h-h-hot. I’ve been chopping them sparingly into most dishes and they work very well in sauces. When the inevitable glut arrives I’ll be drying them – they have thin skins and should be perfect for putting through my dehydrator.