Thanks to the likes of Rick Stein, Poldark and some of the UK’s most dramatic landscapes, Cornwall has become one of the most fashionable areas of the country. Local food and drink producers have been capitalising on this surge of interest in Cornwall and anything from sea salt to tea bags has the county’s name stamped all over the packaging in a bid to boost sales.

The region’s brewers have long been held in high regard but now many of their beers are gaining national recognition, riding the crest of the Cornish wave. We’ve been guzzling Cornish booze for decades* so decided it was high time we picked out some of the county’s best beers from its biggest breweries… 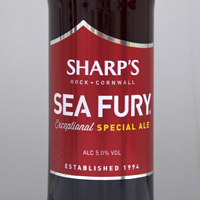 Founded in 1994, Sharp’s has long been quenching the thirst of Cornish beer drinkers with its range of real ales. Thanks to some canny investment and marketing nous, their easy-going bitter Doom Bar was transformed into one of the biggest beer brands in the country, making it a regular fixture in pubs and supermarkets throughout the land.

Try this: Sea Fury (5%) is Doom Bar’s big brother, first brewed 20 years ago, and with more muscle than its better known sibling. It’s styled along ‘special bitter’ lines, with some toastiness to the malt, fruity berry flavours and a bitter finish. 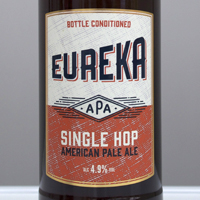 St. Austell’s famous brewery has been crafting beer since 1851, but it was a trip to Oregon by brewer Roger Ryman in 2004 that launched it into the modern era with one of the UK’s most prominent IPAs. Inspired by the full flavoured American versions of this historical British drink, Proper Job was born, and the brewery’s creative juices have shown no signs of slowing down since.

Try this: Proper Job is still one of the best IPAs around, but St Austell’s experimental small batch ales are equally worthy of attention. APA Eureka (4.9%) is one that has been elevated to ‘regular’ status, named after a new hop variety and blessed with a swirl of bitter citrus, fruity berry and punchy herbal flavours. 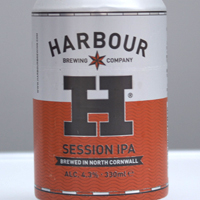 In 2003 we were invited to take part in Sainsbury’s ‘Great British Beer Hunt‘ to help thesupermarket find a new beer to stock. Our vote went to a superb porter brewed by Harbour which made it to the national final before being beaten by the same brewery’s IPA. Since then they’ve gone on to even bigger and better things, including a series of impressive collaborations with global breweries and introducing cans to their beer range.

Try this: Harbour’s Session IPA (4.3%) has a wonderful tropical aroma and tastes superbly fresh. It has a light malt and plenty of grapefruit and mango flavours with a satisfying crisp finish for maximum gluggability. 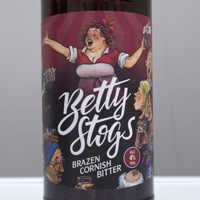 Steve Skinner began brewing traditional beers with an extra notch of flavour back in 1997 and, with the help of some saucy cartoon packaging quickly built up a loyal bunch of followers. Helped by the recent interest in Cornish beers, those labels have been smartened up and the beers are becoming a familiar site beyond the Devon border.

Try this: Cornish bitter Betty Stogs was once crowned the nation’s best beer by CAMRA and, along with Cornish Knocker, is the brewery’s most well known beer. It’s a very fine traditional bitter, with a good malty body supporting some mellow bitter hops, and it’s easy-drinking nature makes it ideal for those who like to take big swigs of their booze. 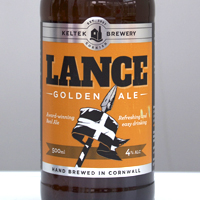 Of all the many Cornish breweries queuing up for a piece of the limelight we reckon Keltek is as well placed as any of them to hit the big time. The brewery started as a hobby back in 1997 and steadily grew over the subsequent ten years before moving to large premises in Redruth and acquiring its own pubs a few years later.

Try this: Keltek’s range of beers each has a reference to King Arthur, claimed by some to be a Cornishman, and mostly follow traditional ale styles. Lance (4%) is a golden ale of the style popular before hop forward pale ales started dominating the scene. It’s light and easy going with a slight bite of biscuit malts, a refreshing spritz of lemony fruit and a soothing touch of honey. A simple pleasure that’s pitched just right for mass market appeal.

*Most of Nick’s family is Cornish, cutting his Cornish beer teeth on pints of Spingo at his dad’s local, the Blue Anchor in Helston