A few years ago I lost my trusty Victorinox Swiss Army Knife to a Moroccan customs official. After 25 years of service my prized tool was absent-mindedly packed in our hand luggage and the grinning security man gleefully announced “it’s mine” as he tucked it into his back pocket.

On our return to the UK my wife (the guilty tucker) kindly bought a replacement, but it just wasn’t the same, got misplaced, and can no longer be found.

A few weeks back I was contacted by online retailer FFX Outreach to see if we could feature one of their products on this blog. Scrolling through their site I noticed a huge range of Swiss Army knives at bargain prices. Enough time has elapsed since that Moroccan mishap and I was ready to treasure a new one. So I suggested a users guide to each of the tools on the ‘Ranger’ model, the best option for garden and shed, and the FFX team agreed.

The Ranger is now in my possession, being as treasured as that original knife, so here’s the guide… 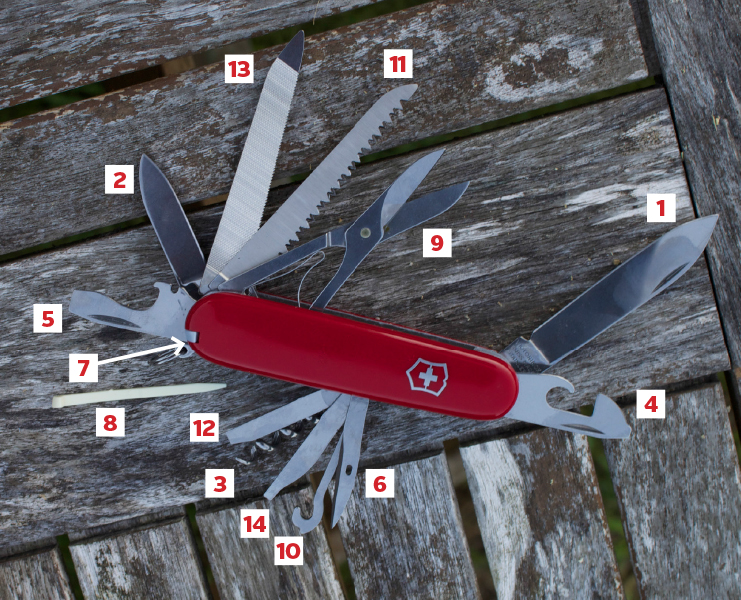 Uses for tools on a Swiss Army Knife, Ranger

1 Large blade
Swiss army knife blades are great and this will get loads of use cutting and carving. No greater explanation necessary

2 Small blade
This blade is mostly reserved for sharpening pencils

3 Corkscrew
Many home made wines have begun their journey from bottle to mouth with the use of a Swiss Army corkscrew. Simple but effective

5 Bottle opener with screwdriver and wire cutter
Possibly the most used tool on my last knife, although I never realised that the little nook in the side was a wire stripper. Next time I need to strip wire I’ll know where to look

6 Reamer / punch
A reamer is a tool for widening drilled holes and comes in surprisingly handy in shed-based construction products. Also useful for picking soil out of fingernails

7 Tweezers
One of the things I missed most after the Moroccan incident. Since then I’ve never been able to locate tweezers for splinter removing. Has also been used to rescue bees from cobwebs

10 Multi-purpose hook
I have never previously had a Swiss Army knife that features a multi-purpose hook and am not sure when I would use it. Pulling stubborn pegs from the ground? Hooking string to fence? Untangling netting?

11 Wood saw
You’re unlikely to be able to fell a tree with this mini-saw but it’s handy for pruning smaller branches and can also be used to cut notches into bits of wood, should you ever need a bit of wood with a notch cut in it

12 Chisel
You’re unlikely to be able to carve an eagle into the tree you haven’t been able to fell, but the chisel is handy for digging grooves into bits of wood, should you ever need a bit of wood with a groove dug in it

13 Nail file with metal file, nail cleaner and metal saw
Another tool I’ve hardly ever used but it’s good at smoothing out scraggy bits of metal and cutting metal wire

If anyone has any handy gardening uses for any of the tool mentioned, drop us a line

Check out the full range of Victorinox Swiss Army knives at www.ffx.co.uk 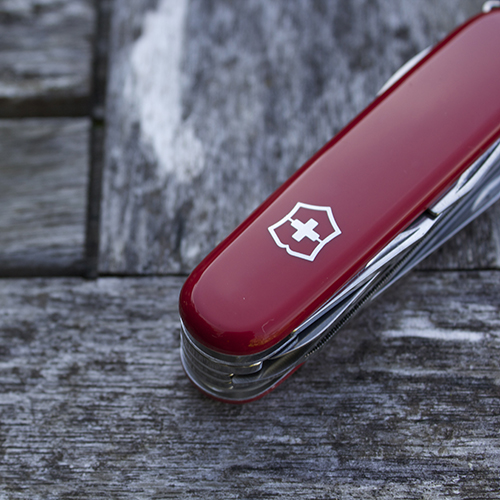