Last year we put together a piece on the best booze-based hampers for the i-Paper. Top of the pile was Northern retailer Booths ‘Gentleman’s Hamper’, a wicker wonder of booze and snacks* that gives me more fond memories than anything else I consumed over the festive period (although my trifle featuring Opies kirsch-soaked cherries was mightily impressive too).

A few weeks ago Booths emailed me to highlight their new range of products and suggested our readers might be interested in their Northern Ale Crate, a wooden ale-carrier, with a bottle opener fixed to one side and loaded with six fine beers. “I’m sure our readers would be very interested” I replied. “Send one down and we’ll do the rest.”

Living in the South West we don’t often get to sample many of the great ales from the North. Plenty of new stuff from the fashionable craft ale producers finds its way south, but in order to enjoy the more traditional beers on offer we either have to travel or rely on the likes of Booths to get hold of them.

The beers duly arrived in time for the weekend, so I set myself the arduous task of tasting them so that our readers might also discover their beery magnificence. Here they are… 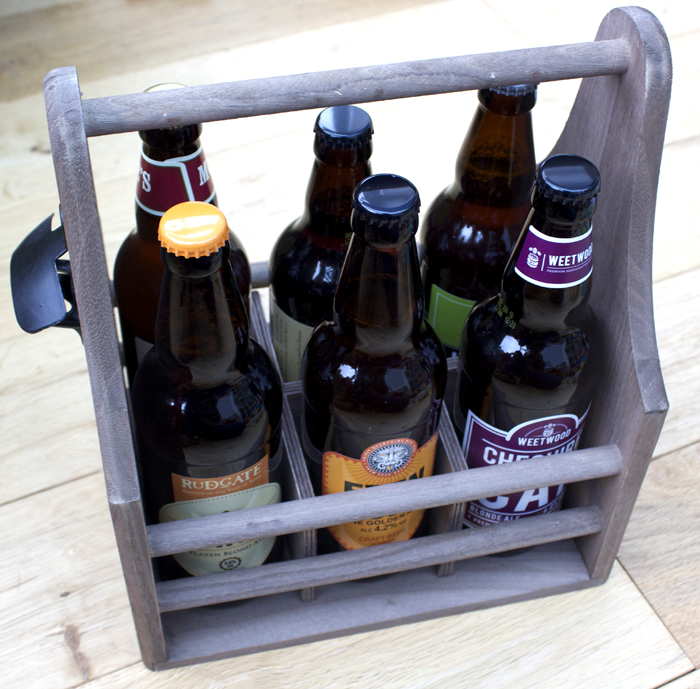 Our pals from Penrith brew many good beers which we’ve enjoyed over the past few years, but this was my first swig of their golden ale. It’s the epitome of a summer beer – highly gluggable, light and refreshing with a straw-tinged breeze drifting through it. Lovely stuff

This was the only beer that also featured in my festive hamper and it was welcomed back to my fridge with open arms. Described as a ‘Flaxen Blonde Ale’ it’s a flavoursome brew, with a floral aroma and soft fruit flavours all wrapped up in a slippery smooth malty body.

Booths plucked an amber ale from Clitheroe’s Bowland Brewery for their crate and it’s a very English kind of ale. The hops reminded me of blackcurrant leaf – fruity and a little bit herby – with a dab of citrus to freshen it up. It has a bready malt with a touch of sweetness and moderate bitterness. A very decent drop.

This light and easy drinking ale will put a big grin on your face. It’s a biscuity kind of brew with a smidgeon of sweet syrup and a dry finish. My notes describe it as a ‘sunset beer’ – it starts of bright and sunny and gradually becomes a duskier over the course of drinking.

The Burnley based brewery magiced up my favourite beer from this selection. It’s a hazy golden pint with a load of flavour in it: there are citrussy notes which freshen the aroma and flavour, and a lovely soft smooth peachiness which is pepped up with bitter fruit and spicy yeast. Superb brewing!

I’m a big fan of Ilkley brewery and have enjoyed plenty of their beers, but the only other time I got my hands on their pale ale I gave it to my dad. It’s clear and light with subtle citrus and pine flavours and is much drier than the other beers in the pack, finishing with a gentle grassy bitterness that encourages repeat guzzling. 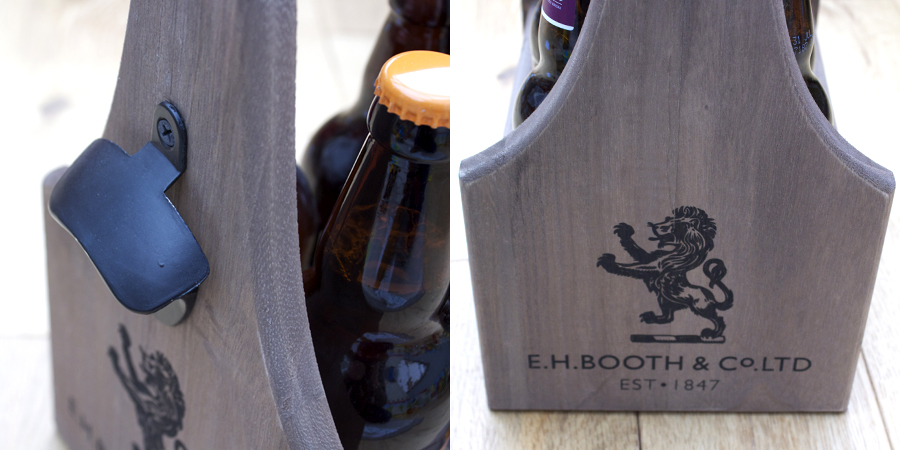 Get hold of a Booths Ale Crate here

*The Gentleman’s Gift Hamper is still available with a different beer selection from the one we tried. Yes, I am tempted to get another…