When it comes to rum based cocktails it’s the white rums that receive the call in the majority of recipes. But there are times, particularly when the first autumnal shivers strike, that our eyes glance towards the darker end of our rum range for some toastier, oakier notes in our cocktail creations.

The Daiquiri is a rum based cocktail, originally designed for the lighter versions of the spirit, that we think works well with darker alternatives. The recipe is little more than a glass of rum that has been sweetened with sugar and soured with lime, so there’s no reason at all why this trick can’t be performed on a few shots of the dark stuff.

History of the daiquiri

As with most cocktails the true origins of the Daiquiri are a little hazy and the way it is made and served has changed over the years. It’s a Cuban creation, named after a beach and iron mine, and is claimed to have been invented by an American mining engineer, Jennings Cox, in the early twentieth century.* Over the years it spread in popularity throughout Cuba, eventually making its way to America. J F Kennedy and Ernest Hemingway were both big fans of the drink with the latter having his own variation with grapefruit juice and cherries named after him, one of many alternative servings that have developed over the years.

The original Daiquiri would’ve been created in a tall glass filled with ice, with the sugar, lime and white rum poured over the top, before evolving into a shake-and-pour drink fit for a classic cocktail glass. 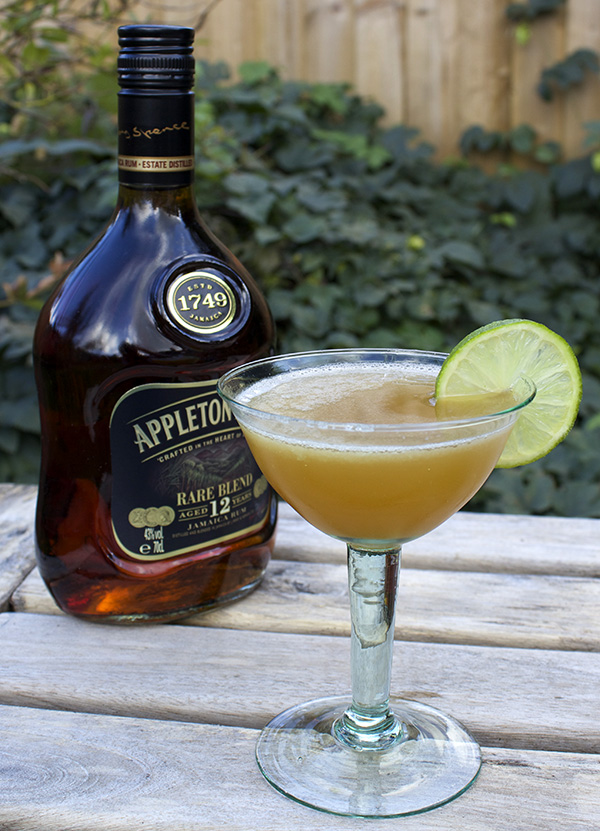 If you’re using dark rum we think it worth getting a decent one. Our rum of choice is Appleton Estate 12 year old Rare Blend: great in cocktails, good enough to sip neat, and it won’t break the bank account either.

For our preferred recipe you need, 60ml rum, 20ml freshly squeezed lime juice and 20ml simple syrup.** Pour the ingredients into a shaker with a small handful of ice, give it a quick shake to mix and chill, strain into a cocktail glass and serve with a slice of lime. And make sure to give it a big sniff before sipping – nothing smells more like the Caribbean than rum and lime.

*We reckon he might’ve nicked it from the British Navy who had long been drinking grog made with rum, lemon or lime and sugar. And we reckon the Navy would’ve used dark rum. So perhaps our Dark Rum Daiquiri is the original after all…?

**Make this yourself by gently heating a small amount of water into which you dissolve the same amount of sugar. Allow to cool before using.