At this time of year gaps start appearing in the veg patch. Spuds have been dug, peas and broad beans have yielded their last pods, and another failed patch of cauliflower has been torn out of the ground in fury.*

There are a few space filling seeds that can be sown in summer, but this year I’m testing some vegetable mail order plug plants. Such laziness is likely result in fellow veg growers casting looks more withering than Rich’s cabbages but, hey, someone has to try these things out…

The brassicas all come in flat, black trays, covered with a sheet of clear polythene with the plants lined up opposite each other growing inwards (I can only imagine what kind of machine manages that sowing achievement), while the leeks come in a more tradition plug plant tray. They need swift opening and attention, but their overall condition looks fairly good, with roots all suitably moist, despite the paucity of soil surrounding them. A few of the beetroot are somewhat dishevelled and there’s yellowing of some pak choi leaves, while the cauliflower look particularly healthy (no excuse for me there).

The turnips look quite splendid in their sideways position, with small round balls already developing on the surface of the soil. As for the leeks, I’ve never planted them this late before but the mass of thin green spikes are sturdy enough, with most plugs containing more than one plant. In each instance I discarded the thinnest before dropping them into their own holes.

While none of them look quite as healthy as I would expect from my local veg stall, they’re certainly no worse than the under watered rubbish I’ve seen at some garden centres and they’re varieties that are usually fairly hardy, so I’m fairly confident those gaps will soon be filled with more tasty veg.

*They started off with tiny, pristine white curds then bolted to resemble rotten, yellow stained teeth and leaving me cauliflower cheesed off. 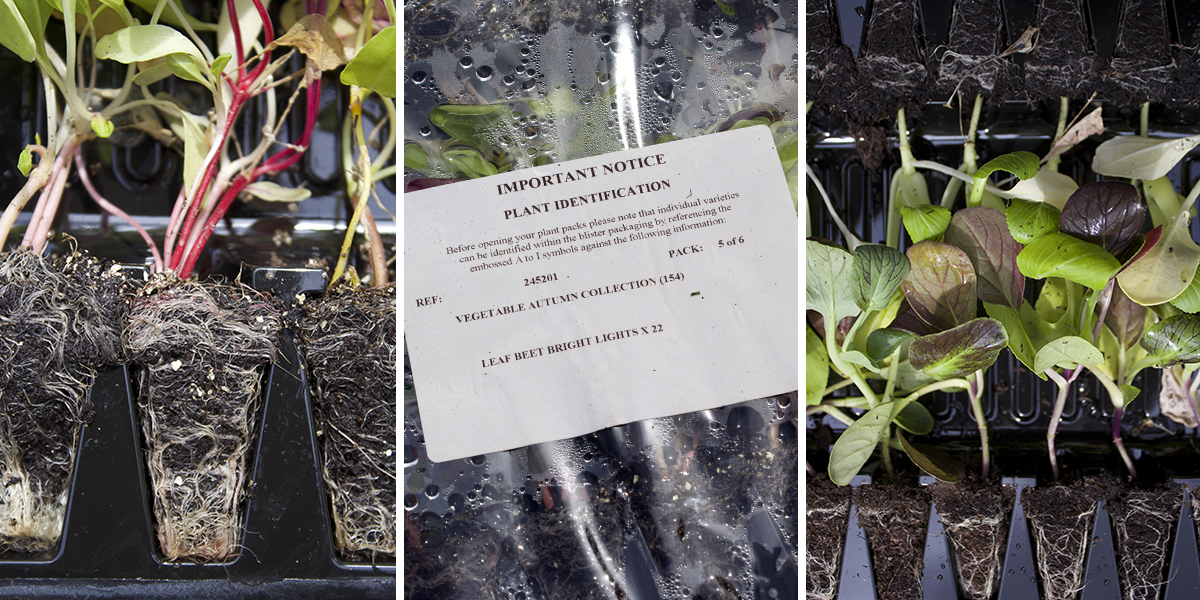 Suttons offered us a pack as a trial. We were impressed hence featuring it on the website