We’re getting more than a little excited about attending Bristol Craft Beer Festival this year. Despite being a short train ride away for Rich (and only an hour for Nick) we’ve not managed to make it before. But this time round we’ve blocked out the diary (September 14 to 16) and and are already polishing our drinking boots in eager anticipation.

Bristol is often described as Britain’s best beer city, with a remarkably high concentration of breweries in and around the center producing consistently excellent beers, and the festival will showcase both local breweries along with some stars from further afield, including Wylam, Mikkeller, Dugges and Stone. Being our closest Big City we’re regularly guzzling the Bristol’s beery output from our local bars and shops and, in advance of the festivities, here are five of the best we’ve recently enjoyed.

There’s a huge buzz about Left Handed Giant right now and this beer, produced in collaboration with Dutch outfit Het Uiltje, is one of the finest brews we’ve had all year. It’s a milk stout (Bristol, for some unknown reason, does love a Milk Stout) made with honeycomb and pistachio and the combination of both, with the roasted malt aromas, make it one of the greatest things you could ever wish to smell. And the sensual qualities don’t rest at the nose: it’s thick and creamy, has a natural sweetness that picks out those sugary additions which, in turn, accentuates the richness of the roasted, chocolatey malt. Excellent stuff.

As age catches up with us, so our drinking prowess diminishes. Which is why we’re increasingly ordering lower strength beers when we get the rounds in. Of that category we’ve probably had more of this beer than any other. It fully earns the low strength cliché ‘lots of flavour despite the lack of alcohol’ and tastes every bit like on of Wiper and True’s excellent fresh, citrussy, bitter pine pale ales but with the strength turned down.

Last year we put together a list of ten great Bristol beers for the Independent and, having been forced to award a ‘best buy’ gong, decided this would be a worthy recipient. Arbor have been brewing for over ten years and we figured this citra led, sessionable IPA would have a broad appeal: it’s an easy drinking, full-flavoured beer with good tropical hop flavours and a lingering grassy bitterness.

Lost & Grounded’s lagers are a common sight around these parts, but you have to go to more specialist bars to get your hands on this saison (we found ours at Bristol’s Small Bar). It’s quite a boozy brew and contains a medley of flavours from the hops, yeasts and grain which include floral flourishes, lemony brightness, spicy freshness, fruity ripeness and even a touch of barnyard wildness.

Moor Brewery runs our favourite Bristol tap room, just a short stroll from Temple Meads station, so we’ve been aware of the brewery’s rise to fame – it has recently been showered with top awards including the prestigious Beer Writers Guild Brewery of the Year accolade. We keep changing our mind as to what our favourite of their beers is, so we’ll point you towards one of their classics, Nor’Hop – a pithy citrus pale ale with sticky lemon freshness and a long lasting bitterness that we covered in more depth on this website two years ago. 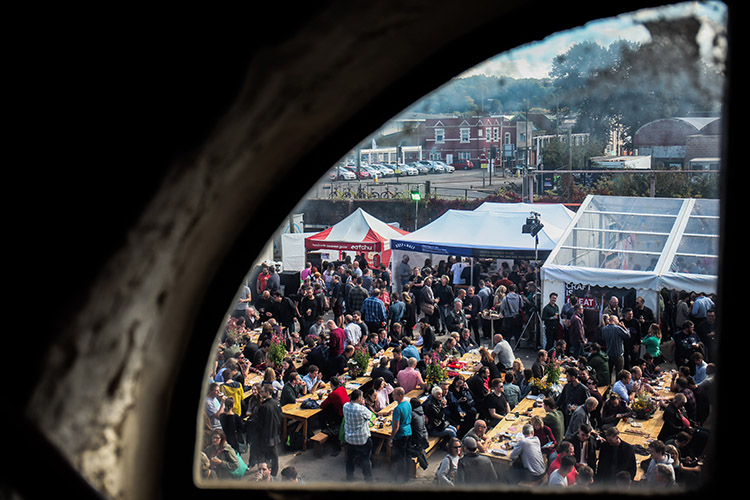