Drinking beer is one of life’s greatest social activities. Pitch up at any half decent watering hole, sink a few pints of the local foamy booze and you’ll meet your bestest new pals in no time.

Sitting on a sofa watching the telly with a few bottles of ale is not in the slightest way a social experience.

So praise is due to online beer club BeerBods for attempting to do something about this otherwise solitary booze-imbibery with a thoroughly modern form of beer-based social interaction.

Their simple plan is as follows: flog a box of 12 mixed beers to as many people as possible, suggest recipients guzzle one of these every Thursday at 9pm and invite them to share their drinking experiences over social media. An email alerts subscribers to which beer is up next, with a little background about the beer, then it’s over to twitter for the social interaction.

I recently purchased my first BeerBods box and decided this was the week to hoist a debut tweet onto their timeline of twitter high jinks. The chosen brew was a Farmhouse IPA brewed by the combined efforts of Norway’s Lervig Aktienbryggeri (see BOTW36) and last week’s BOTW brewers Magic Rock. Rich was also the proud owner of a bottle of Farmhouse IPA and, despite not having purchased a box (I gave him the goods) also muscled in on the action.

According to BeerBods pre-drinking email missive the brew is “an IPA / Farmhouse Ale hybrid that gets better with age” and can be enjoyed with “pulled pork tacos, strong cheeses (on rye) and/or strawberry cheesecake.”

As the seconds ticked away to taste-o-clock, I assembled my tasting essentials, scotch egg to the fore, and summoned twitter to my browser… 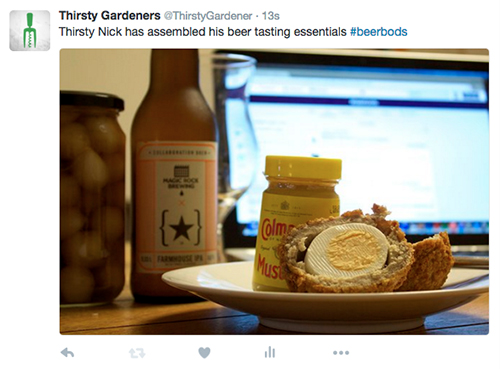 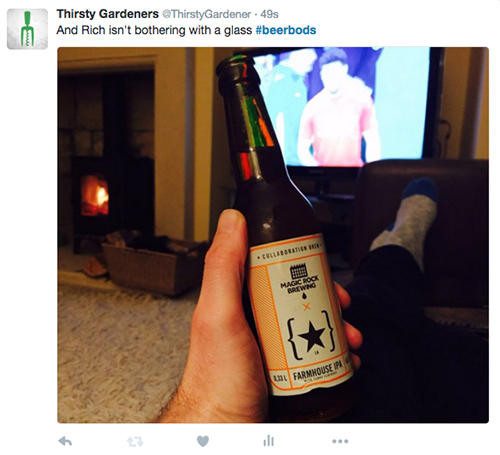 Early into the session, BeerBods Matt delivered the first serious tasting note of the evening: “Funky”

This set something of a funk precedent, with @1c_squared and @mattmbr riffing on the theme…

More funk notes were struck by @ChrisHuxley72 who guzzled his cloudy booze from a glass belonging to one of my all time favourite beers – Westmalle. Good funk mix, Chris. 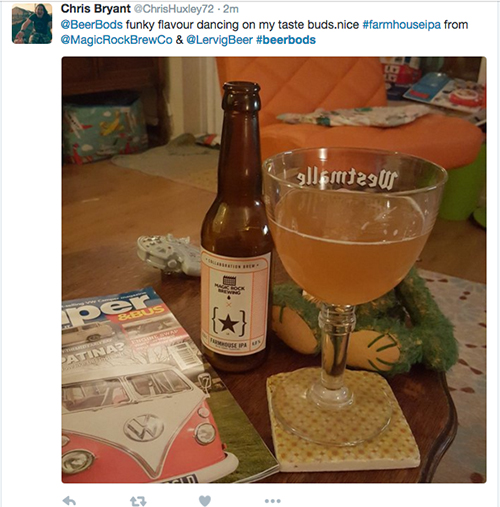 As always with beer and twitter, some unique descriptions began to emerge: “whiff of armpit”. 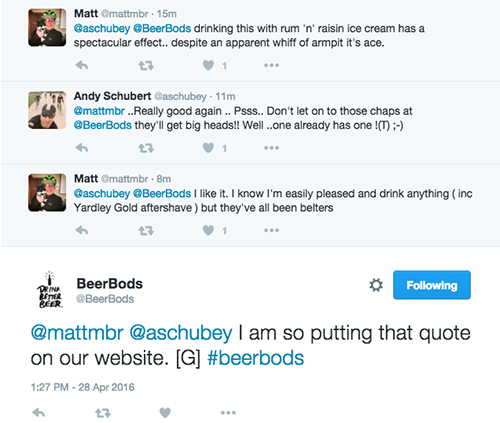 But @dawson_tim was one of many who returned to the funk…

After a feast of beer, scotch egg and pickled eggs, I delivered my final verdict: “Fruity pine aroma. Dry bitter taste with a touch of edam rind (best way I can describe the ‘funk’). Sensational

Over at Rich’s an antisocial mood gathered. Liverpool lost the football and twitter was shut down in a sulk. He texted me the next morning to describe the beer as “spritzy hops and over-ripe fruit have a hoe-down at the brettanomyces barn dance. Fabulously funky.”

Bottles drained. Social experiment over. A fantastically good beer and a fun way to enjoy it. BeerBods – we’ll be back.